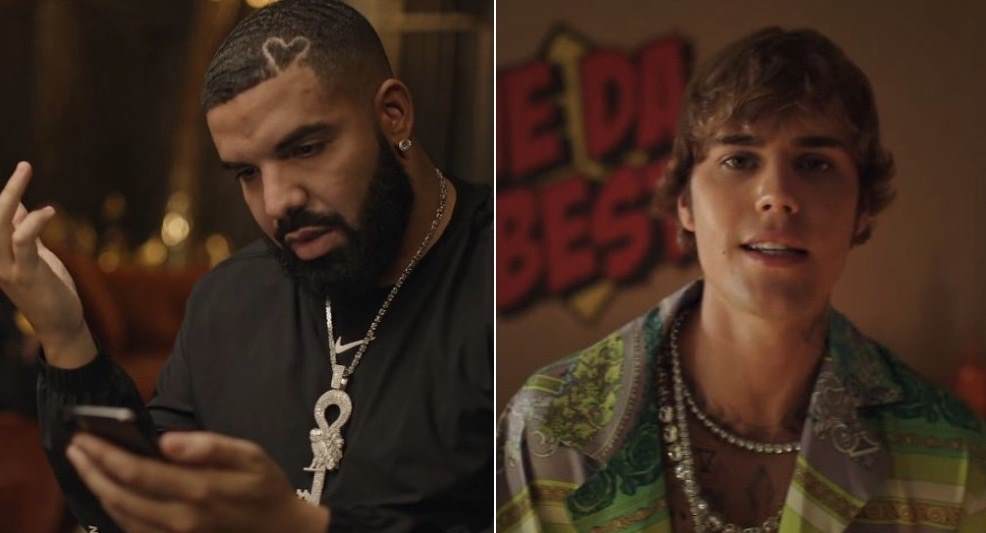 DJ Khaled and Drake have unleashed brand new visuals to one of their most recent collaborations 'Popstar' starring the highly prominent Justin Bieber. After this track achieved top 10 in the US billboard charts, this song undoubtably pleased the ears of many audiences around the world, building the possibility of releasing visuals sooner than we thought.

In this track, which now has over 91 million streams, Drake showcases his highly approved talent, flowing effortlessly and enthusiastically on the beat. It has constantly been played numerous times across the world, on thousands of radio stations since it dropped and is only set to continue this way.

These new visuals manage to feature Drake, DJ Khaled and Justin Bieber throughout within different cuts and scenes. This highlights the significance of their creativity utilised during lockdown and how they can still deliver 10/10 content regardless. The new video to 'Popstar' will inevitably achieve high views, not only due to the huge names involved, but due to it being an amazing shoot. Some other noticeable faces include Chubbs, Hailey Bieber, King Bach amongst many more, which only add to the excitement of the unveiled visuals.

CHECK OUT THE VIDEO BELOW.