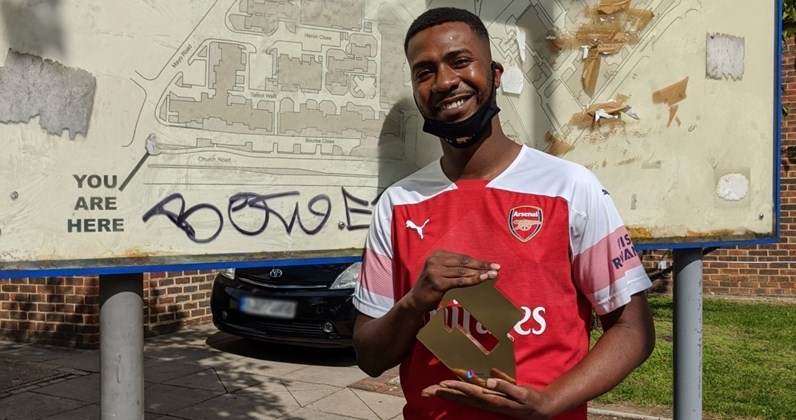 Nines is officially the owner of the best selling album of the last week with his Crabs In A Bucket release.

The Church Road rapper dropped his third studio album last week and it was announced today, Friday September 4, that he officially holds the Number 1 spot for the first time. His previous two albums both entered into the Top 5, with his debut 'One Foot In' peaking at Number 4 while his follow-up album 'Crop Circle' peaked at Number 5.

"Thanks to everyone that put me in this position, I still can’t believe I’m Number 1 - Finally won a golden boot!”

The North West London star pipped out legendary rock band Metallica to the top spot by just 2000 total sales and ended the week as the most streamed and most downloaded album of the week.

“Thanks to everyone that put me in this position” - @nines1ace lands his first Number 1 album with Crabs in a Bucket 🏆 https://t.co/vzvzReiENB pic.twitter.com/KFrsGNCBPN