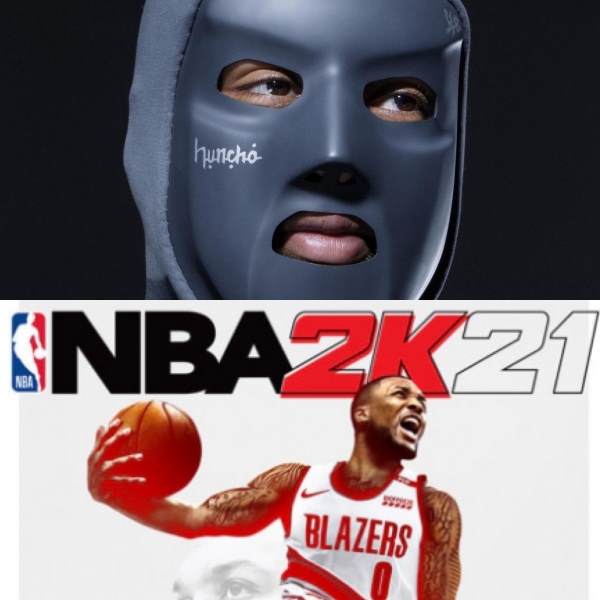 With the exhilarating highly anticipated launch of NBA 2K21, I've been given the opportunity to talk with M Huncho on his initial thoughts and opinions of the game, as well as an insight into his current position within his music career. M Huncho tried out the DEMO of the latest release earlier this week, in partnership with 2K as we've seen across his social media, assessing whether or not it really lived up to the expectations of the masses. Joined by Mo from Hoop Genius, the two go head to head, testing out its incredibility as a game and if standards have been set in comparison to the previous version.

My intentions for this interview was not only to get a judgement of the game but to also explore M Huncho as an artist, conducting an overall discussion of his next steps and plans for the remainder of 2020, alongside much more enlightening information. As many people know, M Huncho is a highly approved UK artist, originating from North West London who made an intense impact into the music scene back in 2017 through his 'Mad About Bars' with Kenny Allstar achieving an unbelievably huge 19 Million views, on Youtube. Since then, the release of his following 3 projects; 48 Hours ep, Utopia and Huncholini the 1st all have been widely successful across the country and further. Not to mention many amazing collaborations including D Block Europe, Yxng Bane, Nafe Smallz and many more.

As an artist, Lockdown was visibly something that may have been relatively hard to deal with, potentially due to lack of access to studio, events and many interactive opportunities. As we know, due to the circumstances of the pandemic many tours had to be cancelled including M Huncho's 'Huncholini the 1st Tour', which is said to be rescheduled for 2021, hopefully. However, he revealed that he handled the time very well and managed to record some new music! In the interview, he announced "Give me 3-4 weeks before I start flooding out everything. I'm ready to get into release mode", meaning that the content he has been working on, is finally due to be delivered to the audiences, creating indescribable levels of excitement for many M Huncho fans. With the release of 'Huncholini the 1st' at the beginning of the year, it is highly likely we are set to receive another EP or mixtape, as he claims that "I don't really release singles, I prefer to release projects".

I proceeded to touch on his experiences working with other artists, such as Unknown T and Dutchavelli. Two huge names in the UK music scene, who are both currently killing the game with their consistency and deliverance. Firstly, approaching the relationship around M Huncho and Unknown T, in response to their latest collaboration 'Addicts' on the Rise Above Hate Album. M Huncho replied " We actually made that song in 2019, before the whole controversy considering Unknown T and that situation. We were in France and he decided to come through". This shows us that it is both very enjoyable and easy for them to work together and spend time in the studio making good music. Their flows, ability and capability evidently bounce off each other creating highly favourable content. In response to his opinions on Unknown T, M Huncho goes on to say " He's a cool guy, I feel his energy and I've always got time for him". Additionally, with the most recent collaboration with Dutchavelli on GRM DAILY'S project, track titled 'Burning', was the first song he released and recorded visuals to after lockdown - As this was also another artist he really enjoyed working with.

With talks on his previously released projects, I asked him which means the most and he responded "Utopia, because it was a memorable time for me when I look back at the time I released it at that point of my life. I just feel like the reception and the way people took it in was different. I got given a chance. We done well.". It is clear that M Huncho is undoubtedly proud of his journey so far with no hesitation to push even harder. With a mindset like that with the ability to plan effectively and to be optimistic is what makes an artist so great. Furthermore, with the intentions to look a bit deeper into these plans, he named some potential artists he'd like to work with in the future including names like Jhus, Dave, Stormzy, Mahalia and Jorja Smith, as well as a couple of US artist like Gunna and Roddy Ricch. However, he highlighted that he is a very "Free-flow guy", meaning that he would love to collaborate with these artists though he will do his own thing in the meantime regardless.

Retracting back to the massively exciting launch highly awaited by millions of people globally, the release of NBA 2K21 has kept M Huncho occupied the last few days. Due to music commitments, he revealed that he does not really have the time to watch NBA games right now, particularly due to the US to UK time difference. However, he claimed that he does play 2K20 at times with his friends and others.

When asked if he supports a specific team he replied " Oklahoma City Thunder, probably because they are the underdogs. Also, I've always liked Russell Westbrook as a player too, he's always been one of my favourite guys". With having played 2K21 already, he rated the game a strong 9/10 highly recommending everyone to go out and purchase a copy!

To conclude the interview I delivered one final music-related question to M Huncho, asking his favourite track he has released this year. He responded, "As a default, I'll go with Burning but my favourite track i have made hasn't been released yet". This shows that the remainder of 2020 is looking like a treat for many M Huncho listeners, as he is expected to deliver some high standard content!! He is evidently an extremely level-headed, genuinely humble guy, who is focused and consistent within his music career, with a team around him who gives him space and opportunity to be independent as well. His future within the music industry is bound to be successful!

CHECK OUT M HUNCHO AND MO, GO HEAD TO HEAD IN SOME NBA 2K21 GAMEPLAY BELOW!