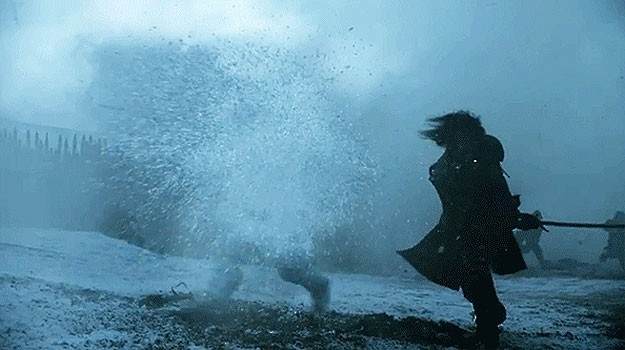 Fans of Game of Thrones will be unpleasantly happy to hear the character Jon Snow was supposed to be the one that killed The Night King. The last season of Game of Thrones may go down as one of the most controversial last seasons of a show ever. Maisie Williams, who plays Arya, told The Hollywood Reporter that Kit Harrington, aka Jon Snow, was once told he would be the one to kill the Night King.

"Yeah, they did. He expected it to go that way, too," Williams stated on Jon Snow killing the Night King. "And he even said, 'It was going to go that way. Someone told me in season three that I was going to kill The Night King.' And then, he read the script, and it was Arya the whole time. (Laughs.) Yeah, I think it would’ve been too obvious. I’m glad that it was Arya, honestly. I think I had the best storyline of the final season. (Laughs.)"

Maisie Williams is also one of the lead actors on the new X-Men based film The New Mutants. "I feel like anyone speaking about any movie in any capacity is a good thing, especially one which hasn’t come out yet," she stated. "I liked that people were speculating, and I don’t believe when people say online, “Oh, who even cares about this film anymore? Who’s even going to watch this film?” I just don’t believe people that are like that because I’m like, “Well, you are, because you’re still talking about it even though you don’t care about it.”

Well The New Mutants will be something to look out for, but we did say countless times; you know nothing Jon Snow.