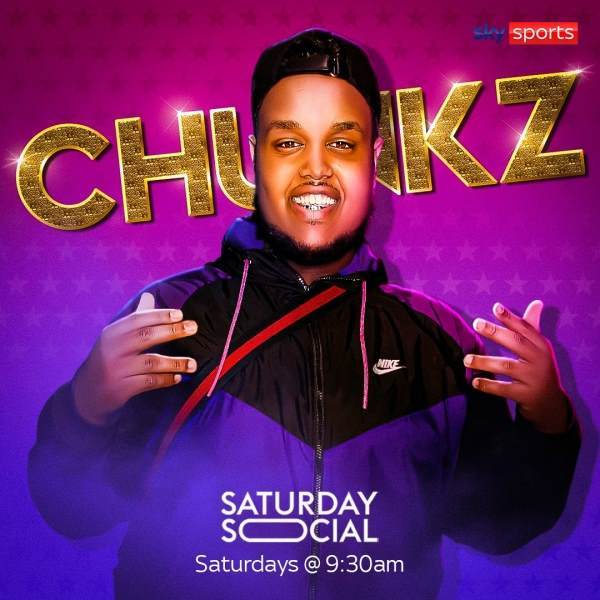 After performing and going viral in Soccer Aid last weekend, then bagging Maya Jama, and then winning the award for 'Best Personality' in the GRM awards, Chunkz has now been announced as the new host of Sky Sports' #SaturdaySocial show.

The show begain airing last season and Chunkz was a regular guest on the show, but he's now the face and host of the show that airs on a Saturday morning at 9:30am to discuss the upcoming weekend of football as well as the week that has just happened.

#SaturdaySocial is a show where Sky Sports have given the baton to social media influencers and youth, implementing the fan culture of the UK scene rather than using older ex-professionals for analysis and opinions.

Congratulations to Chunkz and make sure you tune in to watch his debut as host tomorrow morning!