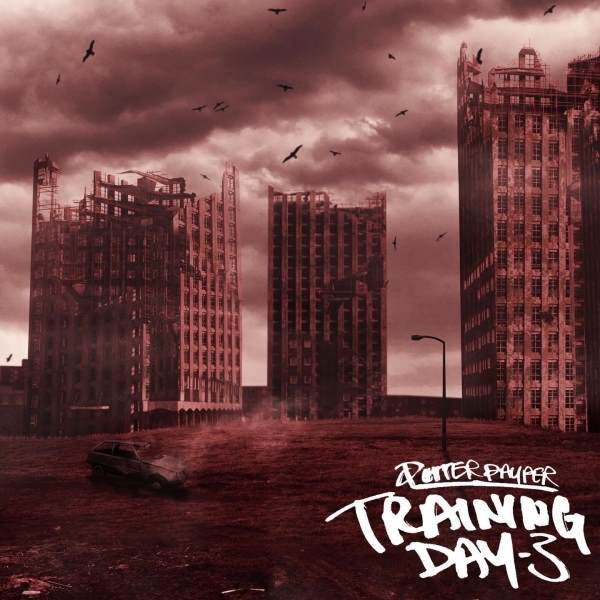 On Friday, Potter Payper delivered the highly anticipated request to release ‘Training Day 3’, in order to complete the trilogy. Just like Training Day 1 and 2, the mixtape undoubtedly lived up to the expectations of the listeners, with an intensely deep and meaningful passion, effort and realness embedded into all 24 tracks. The execution of the album was handled so significantly; from the samples used to the lyrics articulated, Potter showcased his undeniable capabilities in rap with ease.

With the prominent success of Potter’s content since June, he has already achieved millions of views on YouTube across multiple tracks and freestyles. The numbers clearly reflect his incredible work rate leading up to the exhilarating release of ‘Training Day 3’.

Dissecting the mixtape after many listens tends to give a wider and majorly more coherent understanding of the message attempted to be conveyed throughout the project. Potter kicks off the tape with a track titled ‘Sorry’ with an introductory line “First, let me apologise for my absence. When you’re rapping what you’re living, it’s what happens”, reflecting on the time he spent in jail, resulting in a halt in his music career. As the tape develops, through tracks like ‘Round Here’, ‘Bando Embassy’ and ‘Purpose’, Potter raps about his real-life struggles and emotions that he infuses into his music.

The production on ‘Training Day 3’ is absolutely outstanding with the use of multiple samples on the beat. An example of a phenomenally constructed and produced track is on Potter Payper – Slumdog Millionaire; the sample used is Snoh Aalegra – Dying for your love. This is potentially my favourite song on the mixtape, as the instrumental, flow and lyrics all complement each other astoundingly well and is undeniably a great track. Another more evident use of samples is on ‘With Me’, using Bryson Tiller – Exchange. This conveys Potter’s potential to do melodic type sounds as well as straight rap, displaying his versatility as an artist and ability to change and adapt to taking different approaches to music. The producers featured on TD3 including m1onthebeat, RXR, 5ive, Adz Beats and more made a massive positive impact on the mixtape, creating an enjoyable sound surrounding the lyrical aspects of the songs.

The entire mixtape has no features other than Mover, a close friend and fellow artist to Potter. Back in 2013/2014, the two rappers would release music of a similar genre until they both were sentenced to jail time. Now that Potter Payper is out, it is only right that he brings mover onto the TD3 Mixtape, especially having featured him on the previous releases too. The collaborative track ‘Streets’, meant a lot to the UK culture and audiences as this is the music we have been yearning for, over many years now.

Throughout the album, it progresses in a way that tells the listeners a story of Potters life particularly since he dropped Training Day 2, 4 years ago. It maintains strength and consistency from track 1 to 24, intro to outro, delivering an incredibly solid mixtape. As a whole, there is not any huge negatives that jump out at us, some audiences may have liked some more feature artists on the project however I believe that concept for 23 tracks of straight Potter was intentional to showcase his individual capacity in rap, demonstrating his raw talent and long term potential as an artist.

Overall, Training Day 3’s highly anticipated release will undoubtedly be successful. Since the mixtape dropped, it’s evident that many audiences approve of it due to the incredible lyricism, beat production, sample selection and construction of the album as a whole. As legendary as Training day 1 and 2 are, number 3 will be just as praised and appreciated.