HomeNewsNBA: The Future of Giannis Antetokounmpo

NBA: The Future of Giannis Antetokounmpo 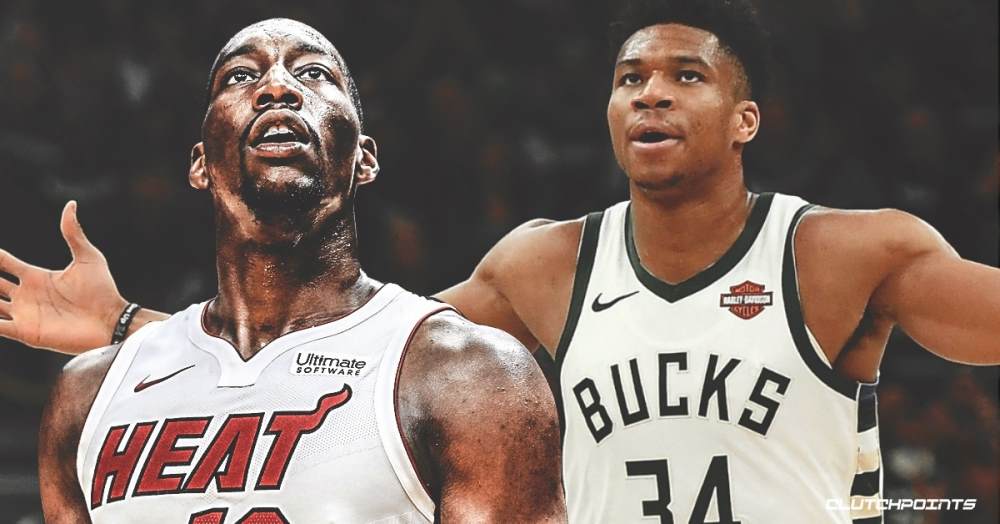 So, it’s official. Despite an underwhelming Playoff’s appearance and early exit at the hands of Miami, Giannis Antetokounmpo has pipped Lebron to the number one spot in MVP regular season standings. At the beginning of the season it’s likely that you would’ve rolled your eyes at anybody doubting the Greek Freak’s dominance, and for the majority of the year he and the Milwaukee Bucks steamrolled the teams standing in their way. Their one goal? Winning a chip. He’s certainly made it clear to the media that winning hold paramount importance over everything else, and with that in mind the future of the franchise enters a period of uncertainty. Dark days may indeed lay ahead.

Without the emergence of COVID-19 it’s highly probable the 2020 Playoff’s would’ve taken a drastically different shape. The Clippers have been embarrassed and discarded by a youthful up and coming sleeper team in the Denver Nuggets, Harden and Westbrook failed to find chemistry in a poor showing from Houston and Philly were brutally swept by a returning giant in the form of the Boston Celtics. The biggest surprise by far however, is the Bucks fall from grace. Nobody could’ve predicted the prolonged sabbatical brought to fruition by the pandemic. Team form was violently thrown out of the window, players had to rediscover fitness and coaches faced the tough task of rebuilding team chemistry months in the making. Add to that the isolation of the Orlando based bubble and empty arenas and you have a recipe for a crazy end to the season. The intimidating atmosphere of the TD Garden, the raucous success demanding South Beach crowd. Teams so hard to beat complemented by unnerving home court atmospheres were significantly reduced, having to rely on technical skill and sheer heart in order to secure the W. Giannis’ overpowered the entire league prior to the restart, but upon the leagues return things just seemed different.

Last year’s champs the Toronto Raptors adopted a unique system to silence the MVP. They built an innovative defensive wall focused at keeping him from the rim, forcing him into poorly executed 3 point shots and passes to lesser threats. It’s important to note that the roster still boasted the most sought after name of last summer in Kawhi Leonard at the time, making this prospective strategy much more feasible. This postseason teams have appeared more switched on, doubling up Antetokounmpo in order to build pressure on his supporting cast. This is where Milwaukee has failed miserably. Kris Middleton has proven himself far from the second star needed to complement their max-cap player, and the likes of Bledsoe, Hill and Lopez have been less than impressive to say the least. Can anybody really see them getting over the line like this?

The Bucks front office now faces a crossroads. Trade Giannis and lose the risk of him leaving for free next summer, or upgrade heavily to convince him his future remains with them. For me the choice is clear. This may be Milwaukee’s only shot at a title in the foreseeable future. If there is even a slim chance of retaining this generational talent they need to take it. They need to match his ambition. The time of letting promising prospects and depth in talent slip away has to be over, otherwise it really is the end of the road for this team. There is talk of trade which would see Chris Paul depart the Oklahoma City Thunder, and this honestly makes a lot of sense. CP3 is a talent of the highest order, and despite entering the twilight of his career continues to shatter his haters' opinions. Giannis driving to the rim with Paul shooting from behind the arc? Now that’s championship material.

But have the Bucks already blown their chance to keep their star? Giannis will have many options, and a move to a roster and organisation with proven finals pedigree will be enticing to him indefinitely. Many have put forward Golden State as his next destination, but it seems a little far-fetched that they would trade Curry, Thompson or Green and Wiggins to make it happen. In reality, the Miami Heat offer a far more attractive offer in the Eastern Conference. I believe management is saving cap space specifically for a Giannis offer. He would not only be complemented by some of the best young shooters in the game, but a partnership with Jimmy Butler and Bam Adebayo would strike fear into the hearts of any NBA team. Bam stands as one of the few players in existence able to guard him one on one. Join them together in a unified outfit and we could be looking at years of dominance. A lasting imprint on the league, a team to be revered for generations.

All eyes on you, Giannis.