HomeNewsLeBron James hits back at critics

LeBron James hits back at critics 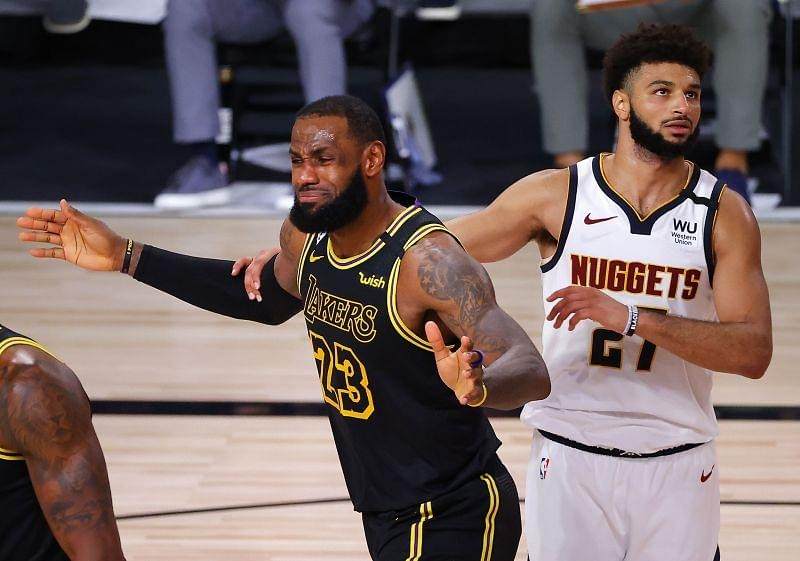 LeBron James addressed some critics via an interview after receiving a load of hate for simply being LeBron James. The Los Angeles Lakers had a rocky Game 2 against the Denver Nuggets last night. Anthony Davis hit a buzzer-beater on a three-point shot to win the game. 105-103 the final score, Lakers took the ‘W’.

In perhaps the biggest moment of the Lakers' playoffs so far, fans saw the high calibre of the LA Lakers take the win in a gritty game against the Denver Nuggets.

Following the game, LeBron received complaints about his performance for a lack of dominance, that later saw him turn to his teammate Aaron Davis for the final play of the game in which a three-pointer took the win.

NBA pundit and sports journalist Skip Bayless through shots at James and indicated that he was trying to get himself out of having to take the final shot. King James wasn't impressed with the criticism following the game and decided to respond to the haters the Lakers superstar stated.

Lakers’ LeBron James on critics: “Anybody can talk from outside but if they got into the ring or got into the arena, probably 10 times out of 10, they’d s—- their pants.” pic.twitter.com/QjhIoKomyV

“Anybody can talk from outside but if they got into the ring or got into the arena, probably 10 times out of 10, they’d s—- their pants.”

The Los Angeles Lakers are leading the Western Conference Finals series 2-0, it seems as if though the Lakers being the favourites to take this year NBA Championship will have to bear the negativity on the road to their seventeenth championship.