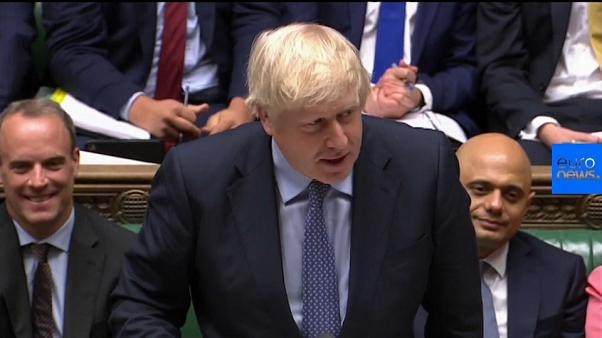 The UK is at a “perilous turning point” and must act, Boris Johnson has told MPs, announcing new restrictions for England including cutting the size of wedding celebrations and bans on indoor team sports, as well as a return to home working.

Speaking in the Commons, Johnson announced a ban on indoor team sports, such as five-a-side football, and said plans for a possible return of sports fans to stadiums from 1 October had been “paused”. Wedding celebrations will be limited to just 15 guests, half of what was previously permitted, though funerals will be allowed to go ahead with up to 30 mourners.

Masks will become mandatory for retail and hospitality staff – as well as for passengers in taxis.

As well as a 10 pm closing time for pubs, bars and restaurants in England which was announced overnight, takeaway collections will also be closed from 10 pm though deliveries will be allowed to continue and pubs will only be allowed to offer table service, which will be enforced by law. Venues will be required by law to enforce the “rule of six” and social distancing.