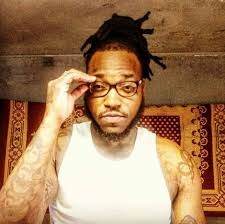 Mikey Bhee’s dropped his latest track entitled ‘The Hunger Games’. It’s a real Californian anthem where Mikey Bhee talks about the hardships he faced growing up in The Golden State.

He isn’t your average rapper, in 2014 he was sentenced to 32 years for alleged attempted murder. But like all-natural musicians, Mikey wasn’t put off by this and continued making music by any means necessary whilst in prison where he records all his tracks and makes his videos on a smuggled phone.

Having been shown how to make music by his big brother, Mikey’s been making bangers since he was eight.

Mikey Bhee’s a shining example of how true musicians aren’t deterred by circumstance, and his commitment should be respected highly. Check out The Hunger Games here.

Also check out another one his bangers, ‘Militant Freestyle’