HomeNewsWot Do U Call It? 15 years after Wiley debut album 'Treddin on Thin Ice'

Wot Do U Call It? 15 years after Wiley debut album 'Treddin on Thin Ice' 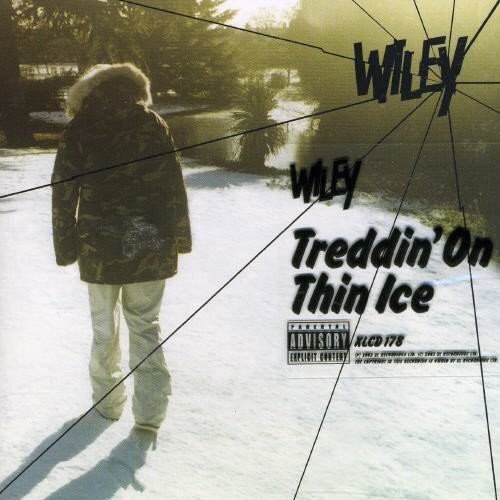 15 years ago, we didn’t even know what to call it. This bubbling underground genre which had already presented us with a certified classic (Boy in Da Corner), was still without a name. It undeniably had a sound, it had iconic locations, it had energy and youth, it had hungry MCs, and it had critical and mainstream recognition.

But, it didn’t have a name.

Fast forward 15 years later and Grime is THE UK genre. Stormzy is headlining Glastonbury, Big Narstie did Bake Off, Wiley got an MBE. Grime is so ubiquitous now that we are at a point where artists who don’t make Grime music, are ignorantly called Grime by the mainstream press.

When Wiley released Wot Do U Call It?, the first single off his debut album, it undeniably banged. Wiley was shedding himself of the garage sound which had dominated in the 90s and early 2000s. This was a new sound, hungrier, less flashy, grittier. The video, which was heavily featured on Channel U, featured Rhythm Division, clips from raves and radio sets, all hallmarks of the Grime scene.

Interestingly, the song never mentions the word Grime. The word that is now synonymous with UK street music, was not part of the conversation just 15 years ago.

In Hattie Collins’ Chantelle Fiddy’s This is Grime book, there is discussion of the origins of the actual word. Chantelle Fiddy mentions that she was told that DJ EZ was the first to use the phrase “grimy garage,” on KISS. Bashy speaks on being at Eskimo Dance in Watford, Roll Deep are there, NASTY Crew are there, all the facets of the genre are there, but not the name. Matt Mason of RWD lists all the different names that were used, eski, sublow, 8-bar. Interestingly Bashy discusses the negative connotations of the word, how it means dirty, and how this could be racialised, that music being created by young black boys would be called Grime. But that is the name that stuck, and Bashy even says they took ownership of it, and made it a positive.

Wiley is the Godfather of Grime, having been a part of the transition from Garage and being instrumental in the creation of the sound. And his debut album, Treddin on Thin Ice is exemplary of a genre and an artist finding their footing. After all Wiley would have been 24-25 when recording this album, that’s a lot of pressure for a young man to have: being representative of an entire sound, a new genre. Much of the album contains Wiley’s trademark sound, but there is experimentation. Got Somebody features a slower bpm and chipmunk soul samples which were extremely popular in US Hip Hop at the time, and Pies, featuring an interpolation of the classic football chant, had a video featuring Wiley in a fat suit. Interestingly, Wiley chose to sprinkle the album with snippets of classic productions Eskimo, Ice Rink and Avalanche, the beats that had built his buzz on the underground, but there are no vocal versions.

However the bulk of the album features the raw Wiley sound which would later be refined over the next 15 years. The Game features Wiley spitting ferociously over TNT production. Goin Mad sees Wiley touching on the pressure of the sudden fame he had achieved in his short career (on a side note, the amount of times I’ve listened to the bridge and last verse of that tune to motivate me while running is ridiculous). Title track and album closer Treddin on Thin Ice shows a maturity that isn’t usually present in a 25 year old, paranoid lyrics, a chorus that acknowledges him repeating the same mistake, with the first verse proclaiming:

"I'm gonna be that boy from E3
Livin' through the TV
The soldiers they're behind me (Behind)
Waitin' I'm on the way to the top
And I'm gonna take my area straight to the top with me
There's more artists where I came from
They'll be treading after me."

And that is exactly what Wiley did on this album, and has done ever since. Wiley has been pivotal in so many careers in Grime in different ways, whether it’s putting up his own money to give others free studio time, advice, or bringing them through on major platforms. The album itself features Roll Deep members Breeze and Riko, J2K who would later join, Tinchy Styder who was strongly affiliated with Roll Deep, and Kano. Tinchy would of course end up becoming a chart topping artist, and Kano, whose own debut album was released a year later, has become one of the elder statesmen of Grime. Since then, Wiley has had a hand in the careers of everyone from Chip and Ice Kid, to JME and Skepta. With Treddin on Thin Ice, he put the genre on his shoulders, and since then he has continued to bring people through to help lighten that burden.

The legacy of the album is possibly bigger than the actual release. While it didn’t do as well as expected commercially, it made Wiley hungrier. He got to work on Roll Deep releases, Tunnel Vision, and was a big part of Boy Better Know at its inception. Since 2004 we have had 11 Wiley albums, 13 mixtapes and various collections of leaks, a whole host of beefs, various crews he has been a part of and artists he has helped bring through. Wiley’s career has been prolific to say the least.

And this genre that was searching for a name in 2004, is now a huge part of UK culture. We have Big Narstie gracing our screen every Friday; Drake, one of the biggest artists in the world, uses the aesthetic and the sound, and the artists themselves as part of his performance; Skepta on the cover of GQ with Naomi Campbell, and it has largely done it on its own terms. Where there were attempts in the past to go mainstream, featuring diluted songs, a slower bpm and pop choruses, Grime’s entrance to the mainstream was achieved by taking things back to the essence, spearheaded by a group of MCs who grew up on Skepta, D Double E and Wiley.

In 2017 he released Godfather, accepting the title that had been given to him, the Godfather of Grime, a genre that 13 years prior, didn’t even have a name.