Do You Remember Jay Sean 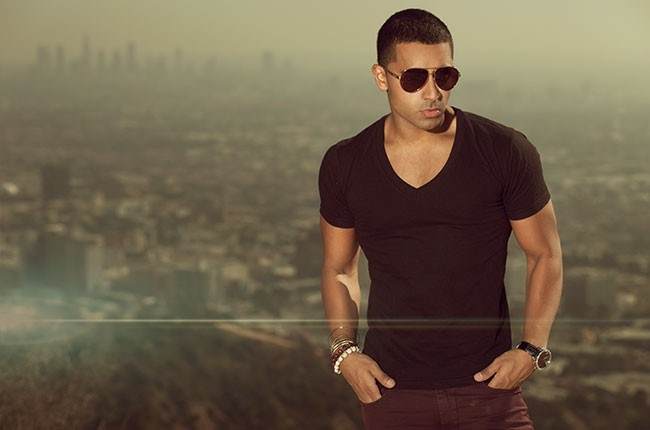 The name Jay Sean is a fortified fan favourite in the music industry and its one that is deeply rooted within UK and US music culture. The Hounslow born artist has achieved so much in his career and will go down as one of the most successful British artists to crack the code and make a name for himself stateside.

Who remembers the absolute iconic song ‘Eyes On You’ where Jay Sean exploded onto the UK’s Asian Underground scene and showcased his plethora of talent. The piano riff at the start of the song is instantly recognisable as it fades away for the Bhangra-R&B fusion inspired beat that Jay Sean became infamous for.

We haven’t even spoken about the music video for ‘Eyes On You’ which shows Jay Sean being tracked down the streets of London by an alternative version of himself. The video reaches its climax when the two Jay Seans have a face-to-face rap battle that ends with yep you guessed it Jay Sean winning.

The creation of Jay Sean was all down to the Rishi Rich Project, which brought us many talented British Asian starts such as Juggy D, Veronica Mehta, and Mumzy Stranger. The rise of Jay Sean was a beautiful thing to witness, and it brought with it moments that defined a generation.
One of those moments was undoubtedly the release of his debut album ‘Me Against Myself’ which amplified Jay Sean to the forefront of the scene and alongside Rishi Rich made him a pioneer of Bhangra-R&B fusion. Another one of these moments was the release of ‘Ride It’ in 2008, which blew up across the world and automatically made Jay Sean one of the hottest talents on the planet.
This talent was recognised by Cash Money Records, and in 2009 Jay Sean penned a deal with them making him the first British Asian singer to sign to an American label. What followed next was two of the biggest releases of his career. The first one was ‘Down’ a collaboration between fellow Cash Money Records member Lil Wayne. The song was a complete success and topped the Billboard Hot 100 which made him the first UK Urban act to top the Hot 100. The second was another hit ‘Do You Remember’ which saw Jay Sean link up with Jamaican dancehall legend Sean Paul and US crank rapper Lil John.
Jay left Cash Money Records in 2014, deciding to go independent. Not so long after he dropped the critically acclaimed R&B mixtape ‘The Mistress II’ which was a sequel to his 2011 mixtape ‘The Mistress.’ Then in 2016, he signed a deal with Sony. Where he dropped his huge collaboration with Sean Paul called 'Make My Love Go' the song became a summer anthem and was played pretty much everywhere.
Fast-forward four years and our boy Jay has been very busy, he signed a deal with Universal Music which has seen him take more creative control over his music and in 2019 he dropped the single ‘With You’ which featured Gucci Mane and Asian Doll. The song was a major success racking up 37 million views on Youtube and more than 20 million streams on Spotify.
Electronic music artist Regard made a remix of his 13-year old hit song ‘Ride It’ with it going viral globally thanks to the app Tik Tok which saw many Jay Sean fans rekindling with the artist.
The re-emergence of Jay Sean is something that the year 2020 needed, I mean it’s just nice to have some good news and talking of news we’ve got some exclusive stuff for you about Jay Sean.
Firstly, he will be dropping a sequel to ‘Ride It’ called ‘Ride That’ which is set to come out this year.
And Link Up TV can exclusively reveal that Jay Sean will be creating a sequel of his ultimate banger ‘Eyes On You’ called ‘Nakhre.’ The song is going to be produced by Rishi Rich who made the infamous beat for the original. We’ve had the privilege of listening to a snippet of ‘Nakhre’, and it’s sounding like it’s going to be a massive hit for the artist.
Alongside this Jay will also be featuring on Juggy D’s new track ‘O Meri Banja’ which is going to be released very soon. This is big news for the Asian community around the world as it’s always a special moment when these two collaborate on a track. And in the spirit of being timely, we can also reveal that Jay is set to release an updated version of his 2010 hit song ‘2012 (It Ain’t The End) with Nicki Minaj and will be making it fit into the madness that is 2020.

So, it’s clear that Jay Sean is very much active in the music scene, and his impact on the industry continues to have an astonishing effect. We can’t wait to hear some of his new music drop and 2020 just got a whole lot better with one the scenes’ greatest ever talents back at the top where he belongs.

Now we wait patiently...The world has its eyes on you, Jay Sean