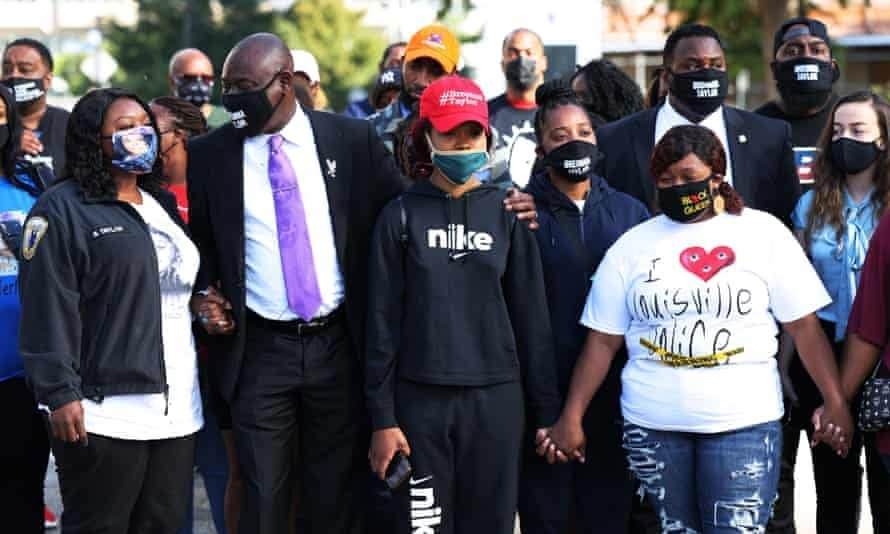 Breonna Taylor’s family attorney has called on Kentucky’s attorney general to release the transcript of the grand jury proceedings in her death.

Attorney Benjamin Crump spoke at a Louisville news conference and called for the release of case transcripts, as Taylor’s family made their first public comments since the unjust rulings found on Wednesday, which stated that no officers would be charged with killing Breonna Taylor.

In a statement, Tamika Palmer, mother of Breonna Taylor, wrote: "Know this: I am an angry black woman. Angry because our Black women keep dying at the hands of police officers … you robbed the world of a queen.”

‘I am an angry Black woman … angry because our Black women keep dying at the ends of police officers’ — Breonna Taylor’s mother Tamika Palmer responds to the zero charges for her daughter’s killing, as read by Taylor’s aunt Bianca Austin pic.twitter.com/xXGo1mo5Ii

At Louisville’s Jefferson Square Park, Crump said: "Breonna Taylor's entire family is heartbroken ... and confused and bewildered, just like all of us, as to what did Kentucky Attorney General Daniel Cameron present to the grand jury.”

“Did he present any evidence on Breonna Taylor's behalf, or did he make a unilateral decision to put his thumb on the scales of justice to help try to exonerate and justify (the killing) by these police officers?” he continued.

Crump urged that the attorney general “release the transcript” as he lead the crowd in a chant. Grand jury proceedings are generally withheld from the public, however there have been exceptions such as in the case of Michael Brown.

In a tweet, Crumps expressed his hopes that the FBI, who have stated they will be investigating Breonna’s case, will find the justice that the grand jury failed to deliver.

Grand Jury and @KYOAG may have denied #JusticeforBreonnaTaylor, but their decision cannot take away Bre’s legacy as a loving, vibrant young Black woman who served on the front lines of the COVID pandemic. We hope the FBI investigation finally gets justice for Bre and her family. pic.twitter.com/wAJ7J33sz5

Following Attorney General Daniel Cameron’s announcement on Wednesday that none of the officers involved in Taylor’s killing were charged with her death, protests erupted across the country — whilst outrage was sparked across the world.

Speaking to CNN’s Anderson Cooper on Thursday, Crump expressed that Taylor’s family have been left “heartbroken” and “baffled” by what Kentucky Attorney General David Cameron presented to the grand jury.

"We do believe (the investigation) was a coverup from go," Crump said. "They always intended to sweep this under the rug as if Breonna Taylor's life didn't matter."

"If these two officers did not get indicted, then the grand jury testimony ought to be public. You can't hide behind the secrecy of the grand jury," Stewart told CNN.