HomeNewsGreggs hints at the possibility of redundancies

Greggs hints at the possibility of redundancies 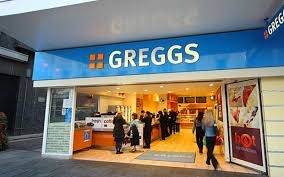 Guess that’s the way the sausage rolls. Greggs has hinted at mass lay-offs as the furlough scheme comes to an end.

Greggs boasts a workforce of 25,000, but it expects business to "remain below normal for the foreseeable future".

It said it had reviewed staff costs and was currently consulting with unions and employee representatives.

The chain also said it wanted to reduce the risk of job cuts by putting people on reduced hours.

It is not clear if the company will use the government's new Job Support Scheme where employers and the state top up workers' pay who are on reduced hours.

The scheme will replace the existing furlough programme which is ending on 31 October. The vast majority of Gregg's 25,000 workforce had been placed on furlough during lockdown.

Greggs said: "With the Job Retention Scheme planned to end in October we are taking steps to ensure that our employment costs reflect the estimated level of demand from November onwards."

The company reported that since reopening all its shops in July, like-for-like sales in the three months to 26 September have averaged 71.2% of the levels recorded in the same period last year.