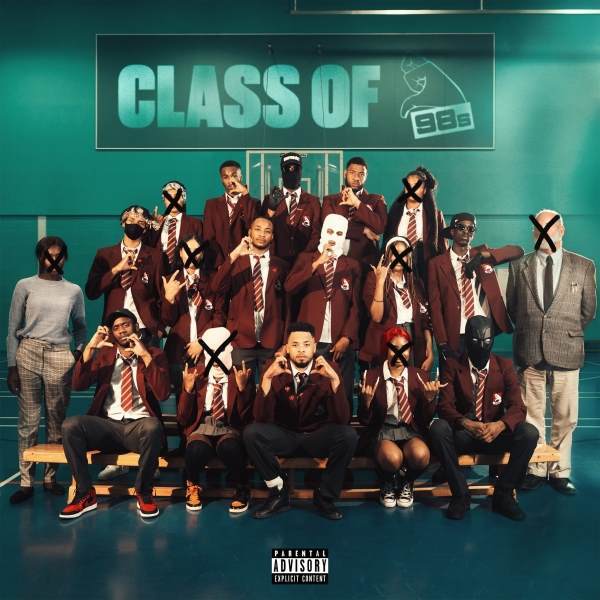 Already having released visuals to 'Homerton 2 Holly' and 'Pay Attention' as well as 'Taco', before the tape dropped, #98s gave audiences a taste of the potential they were willing to deliver. The collective undoubtably lived up to the expectations of the listeners and showcased their incredible capabilites within rap, each showcasing their uniqueness in flows and wordplay.

The #98s mixtape consists of 10 artists; V9, Mazza, Stally, Unknown T, Billy Billions, Jimmy, KO, DA, Hitman and Alchubbino. Containing 15 tracks, the mixtape blew the fan's ears as they set the standards all the way from the intro '9:08am' to the outro '98%', through their distinctive flows, alternate styles of rap and delivery. The collective certainly displayed their evident talent and creativity as the tape progressed.

The greatness within the production, throughout the mixtape is undeniably noticeable with prominent names such as m1onthebeat, Chris Rich, R14 and more making a huge impact, allowing the project to reach its full potential. Although #98s are relatively new to the drill scene as a collective, they have already made their mark and are expected to only proceed and progress from here onwards.

STREAM THE 'CLASS OF 98S' MIXTAPE BELOW!