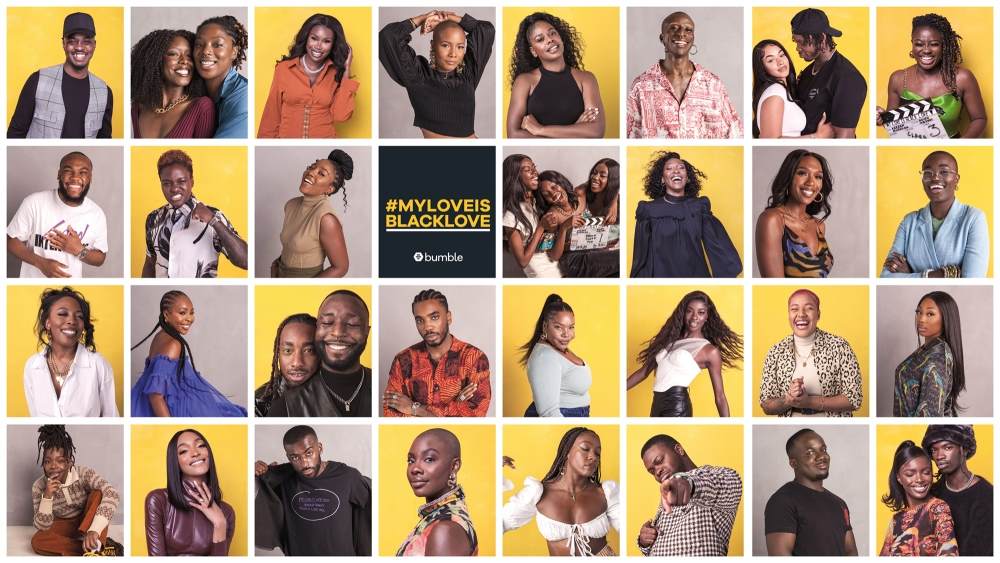 Research done by popular social app Bumble shows that more than 3 in 4 Black people in the UK (79%) think there is a lack of relatable images and stories about dating in the UK. This should come as no surprise when searches of keywords relating to love such as ‘romance’, ‘relationship’, and ‘couple’ show little to no depictions of Black People.

Together with Metallic Inc, and leading British artists, actors, athletes, entrepreneurs and activists, Bumble is launching a new campaign to better document Black Love. #MyLoveIsBlackLove aims to better represent the breadth of Black Love in a real and uniquely British way. Throughout the month of October, more than 30 Black British voices will share real, unscripted reflections on what love means to them. By focussing on the joy of Black love the initiative aims to diversify the narratives of the Black experiences highlighted in mainstream media.

The campaign aims to open a conversation about love in the UK within the Black community. Exploring the many voices that make up the Black British identity, across gender, skin tone, heritage, sexuality, and location.