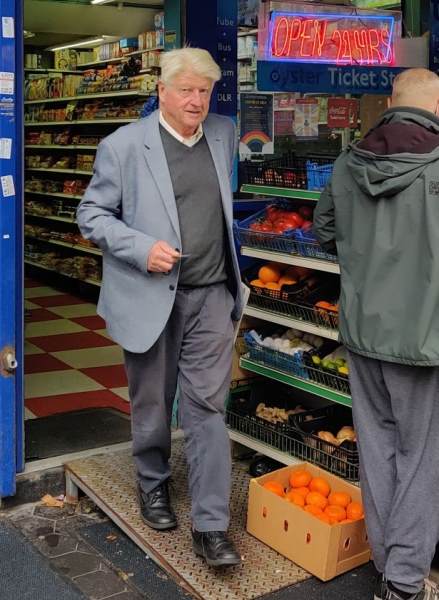 Didn’t Boris say those who flout the rules will be fined?

Looks like he’s going to have to have quite an awkward conversation with his daddy, Stanley, who was spotted buying a newspaper without his face mask in West London this morning.

His excuse: "he was maybe not 100% up to speed but that was my first day back in England after three weeks not in England.” That’s his way of telling us he’s just been on a fancy holiday for almost a month.

But at least he’s “extremely sorry”.

It seems that not knowing the Coronavirus rules runs in the Johnson family as Boris confused lockdown laws in North East England the very same day his dad made this embarrassing blunder.

Wearing a face covering in shops and supermarkets in England became compulsory on July 24, and it had been advised since mid May.

Fines for breaching the rules were initially £100 for first time offenders but that was increased to £200 last week.