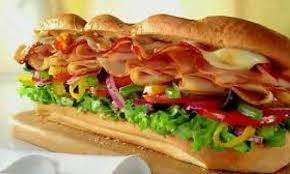 Yes, in rather weird news, the Irish Supreme Court has ruled that Subway ‘bread’ isn’t bread. Eh? This is because it contains “too much sugar” to be legally considered bread.

If it’s not bread then what the hell is it? I’ll tell you: it’s a “staple food”, which attracts a rather tasty zero VAT rate.

This isn’t actually as exciting as it sounds, the row over whether Subway ‘bread’ is bread or not concerns how much tax the chain should be paying.

The row erupted after a Subway franchisee claimed that it should not have to pay VAT as many products it sells are “staple foods” and should attract a 0% VAT rate.

A five-judge court ruled that the sandwiches must attract a rate of VAT due to its sugar content.

The law states that for bread to be considered a “staple product” and not attract VAT, it “shall not exceed 2% of the weight of flour included in the dough”. Subway’s bread has a 10% ratio. So long story short, they’ll be paying their taxes just like the rest of us.

The court ruled “to exclude the bread used by the appellant in their sandwiches from being considered as bread under para. (xii) of the Second Schedule, as the sugar content in the bread exceeded the percentage allowed in the Schedule.

“The Schedule excluded bread from the 0% rate where any of a number of specified ingredients exceeded the allowed percentages.”