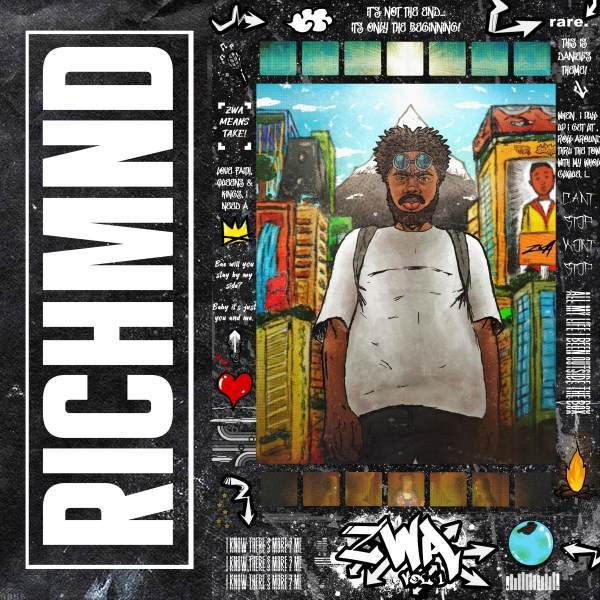 New artist RICHMND snaps on his first EP ‘Zwa, Vol. 1’. There aren't as many hip hop/soul artists breaking out in the scene currently, so this is huge news for those of us who appreciate that sound.

He said: “My style is very unorthodox and unique. We all have talent. They provide us the platforms we need. And in that, we can reach the world and tell them or show them what needs to be said!”

The EP hosts seven exciting but meaningful tracks of energy and positivity. If this is anything to go by, then RICHMND’s going to be an artist to keep an eye on.

Unlike most artists, RICHMND’s takes action into his own hands. From production, writing, recording, mix and mastering and even album art. He does it all.

RICHMND’s heritage lies in Democratic Republic of the Congo, hence why the project’s named ‘Zwa’ which means ‘take’ in Lingala.. To RICHMND, life’s about giving and showing love - a value that resonates across the EP.

In terms of his influence, RICHMND said “I’m influenced by all sorts of music from Neo-Soul to grime to Indie. I could go from using Jazz chords but fuse it with trap drums to create a surreal, futuristic sound. With a 90’s rap style with an early 2000’s bounce. And this is all projected in my music.“

Kendrick Lamar was also a big influence of his growing up, which is reflected in his deep and meaningful lyrics. This is music of substance and as journalists we’re often discouraged from saying the following, but I highly recommend you check him.

You can stream Zwa, Vol.1 here on Spotify: