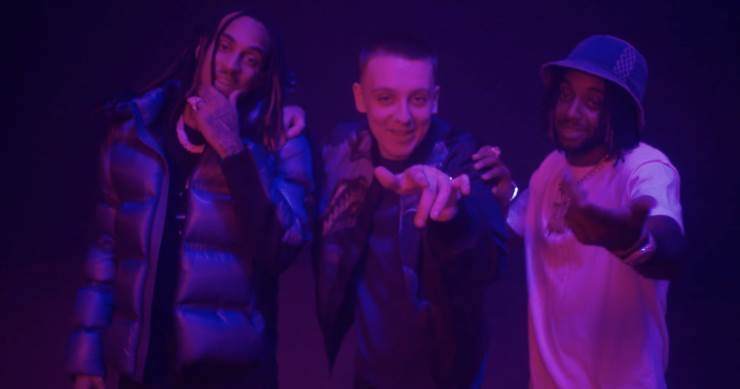 2020 has taken a turn for the better as D-Block Europe break their silence with the visuals for their latest single UFO. The British rap collectives Young Adz and Dirtbike LB have collaborated with a Manchester rapper Aitch to release ‘UFO’, a teaser from their forthcoming album.

Directed by KC Locke, the music video showcases a super natural vibe through captivating visual effects, illusions, and bursts of colour. The galaxy vision set by an array of blue, pink and purple showcases the Lewisham-born artists vibing along, surrounded by women.

The track ‘UFO’ meets the high expectations set by previous tracks through its catchy hip-hop rhythm. Aitch’s rap feature flows well and pulls the whole single together. It's enough to make us look forward to seeing future collaborations from the three artists.

After a booming previous year with the launch of three projects titled PTSD, Street Trauma, and Home Alone, the next project has definitely been highly anticipated. D-Block Europe announced that the long-awaited album, which is titled 'The Blueprint’, is available for pre-order now. The tape consists of 29 track and three features from Stefflon Don, Aitch and Raye; and is set for release on October 9.