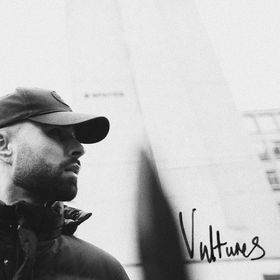 In this crazy fast-paced world, sometimes it's nice to get back in touch with yourself and just chill. It doesn't matter what you do to zone out, but sometimes you need to get away from all the hustle and bustle and catch a relaxed vibe.

Now if you're looking for the perfect song to do this on then look no further than 'Vultures' the new release from talented lyricist Idris Jones who lays done a deep and meaningful sonnet on this exquisitely crafted track. Born in East London and hailing from Stoke-on-Trent, Idris Jones sought inspiration from the West Midlands as he assembled his own style that was inspired by his time spent in the north.

The construction of 'Vultures' is a strong one, and it's the type of entry that is bound to get him attention for his tranquillizing tone and cunning wordplay that doesn't go unnoticed on the track.

On the song, Idris Jones takes on major personal reflection as he evaluates the people to surround himself with and sends a message to the vultures hoping to jump on his success.
The visuals are a perfect match to the sound of 'Vultures' as we see Idris make his way through the sleepy London streets mulling over his thoughts and trying to get some insight on the situation.

Idris is no stranger to making good music his previous release 'Off Road' was a light-hearted joint that announced the artist as one of East London's best talents He has shown this talent with 'Vultures' so make sure you guys check it down below and be sure to give him a follow on his Instagram @idrisxjones.