#ThrowbackThursday The importance of Ghetts and Skepta's 'IC3' 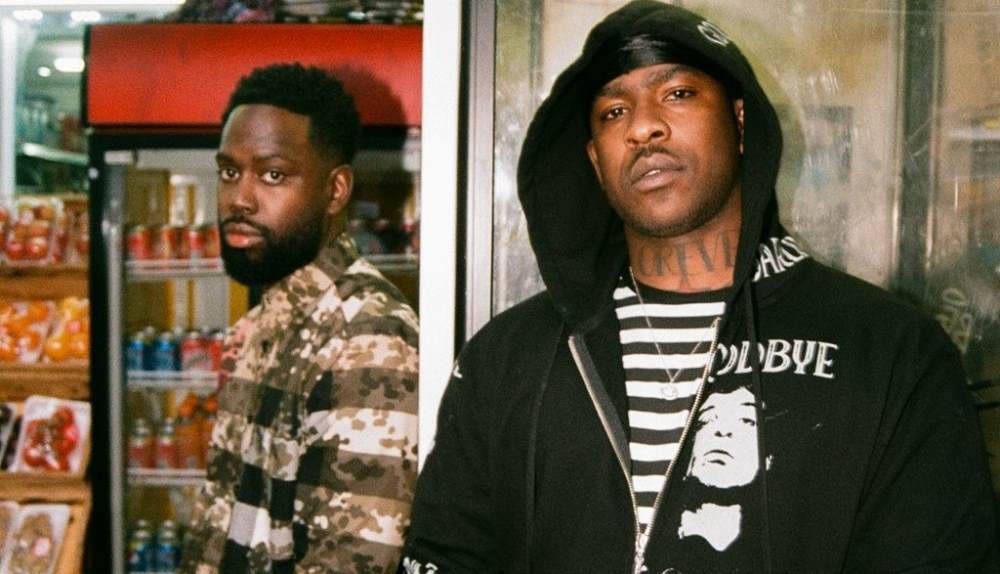 Last night, after a whole bag of hype in the build-up, Ghetts and Skepta released their first-ever collaboration ‘IC3.’ The track produced by Ten Billion Dreams is part of the superb rollout for Ghetts’ highly anticipated next album. This collaboration is one that is almost 15 years in the making, one that fans have been calling for since the days of MySpace. But the 2 MCs choosing to come together now is what makes it so important.

For a long time grime fans who remember the days of Logan Sama’s War Report, this one is particularly special. The War Report saw The Movement pitted against Wiley, Jammer and Frisco. The War Report was a back and forth between those MCs playing out on Logan Sama’s Grime show on Kiss. After that initial clash died down, Boy Better Know and The Movement would continue to throw shots at each other. And now that the clash that everyone wanted to see in the War Report, Wiley vs Ghetts, had happened, fans wanted Skepta to be the next one to take on Ghetts. Ghetts and Skepta represented 2 different styles in Grime along with being the stars of their respective crews, and fans rallied around them as their champions. And so for a few years, they threw shots at each other, on songs, on sets even going as far as sending shots for each other when they were both on Logan. But it never escalated beyond that point, no dubs were made for each other and eventually it died down. And in those years in between the clashes and this song, those 2 artists grew to levels they probably didn’t even know was possible.

In an interview with 1Xtra, Ghetts said about IC3 “I reached out to Skep and was just like ‘what is it that time?’ It’s been on the cards for some years, people have wanted that, from as early in the culture as I can remember you know what I’m saying, either they want you to war or collaborate...wow this is two brothers who have literally come up through the same scene, been from opposite ends and had one of the friendliest clashes ever, because it never went anywhere past that it was just a clash of styles to a point where now we’re in a room and we can talk about different things, just beyond our egos because we’re grown men, it was something special.

Seeing Ghetts and Skepta working together in 2020 means more now than it would have 15 years ago just because of who the two have become. Ghetts has continued to refine his skill over the years, with many fans feeling that right now he is better than ever. These past couple years have seen him release Mozambique, Listen, Legends Don’t Die and the crazy Mad About Bars freestyle. Ghetts lyrical ability is not just improving and evolving, but his maturation as a man and an artist has given his music a new edge. This album that he is building up for at the moment might be the most anticipated release from Ghetts, fans want to hear what he has to say and how he says it.

And Skepta has continued to be at the forefront of the UK scene, pushing the boundaries, breaking barriers and gaining international recognition. When Grime was considered dead, Skepta spearheaded its resurgence with tracks like ‘That’s Not Me’ taking it back to the essence. Since the release of ‘Konichiwa’ Skepta’s rise has continued, winning the Mercury Music Prize, Brit Awards, BET Awards and Mobos, high profile collaborations with artists like ASAP Rocky, Frank Ocean and Drake and a whole host of endorsement deals. But even with this level of success, Skepta has always come back to the scene that made him, working with everyone from legends like D Double E and Dizzee Rascal to new artists like Slowthai and Octavian. Skepta’s music has continued to evolve from his early grime days, with his newest releases being some of his most experimental but also introspective. And when he spits on grime he can still spit bars that get fans to throw up gun fingers.

On IC3, the 2 MCs refer to their own history with Skepta spitting bars like “I feel like I'm born again, Me and Ghetts on a track and it's feeling like the rooftop all again” and “Class of Deja, went school with the best” and Ghetts spitting “Where was you when that Boy Better Know and that Movement." Skepta even takes it all the way back on the last verse, spitting some of his classic bars radio bars “go on then, go on the, draw for the chete…” The songs even plays out with a clip from Skepta and Ghetts on the radio.

But while the song taps into nostalgia, it also does much more than that. Ghetts and Skepta are 2 elite MCs, 2 kings of the genre, and 2 men who have matured and become elders in the scene. This song isn’t just a chance for the 2 to flex their lyrical ability, they have a message that needs to be heard. The song title itself comes from the police code to describe a black person, setting the tone for Ghetts and Skepta to talk about their experiences as black men in the UK with bars like

“The Queen offered me the MBE, I said no and I raised my fist, I went home, got my chieftaincy, now I'm back on the strip, Police stop me in the street, they wanna take a pic”

Hearing Ghetts and Skepta going back to back on a song means so much for fans who know how important these 2 artists are. Seeing their growth as MCs and as humans over the past 15 years has been something special and has correlated with the growth of UK music. If 15 years ago they would have released a song, yes fans would have eaten it up and it might still be talked about today, but now it means so much more. This track is presumably part of Ghetts' crazily anticipated new album, one which fans are clamouring for. I am sure he has lost track of the times people tweet him asking him when the album is coming. Now the eyes of the world are on the UK scene and these 2 working together just means so much more in 2020 than it would have in 2006. These are 2 prolific, highly revered artists in the UK, receiving the plaudits they rightly deserve after having put so much work in. ‘IC3’ is a collaboration that was a long time coming, but came at just the right time.

“Who woulda thought back then, We'd be some powerful black men”