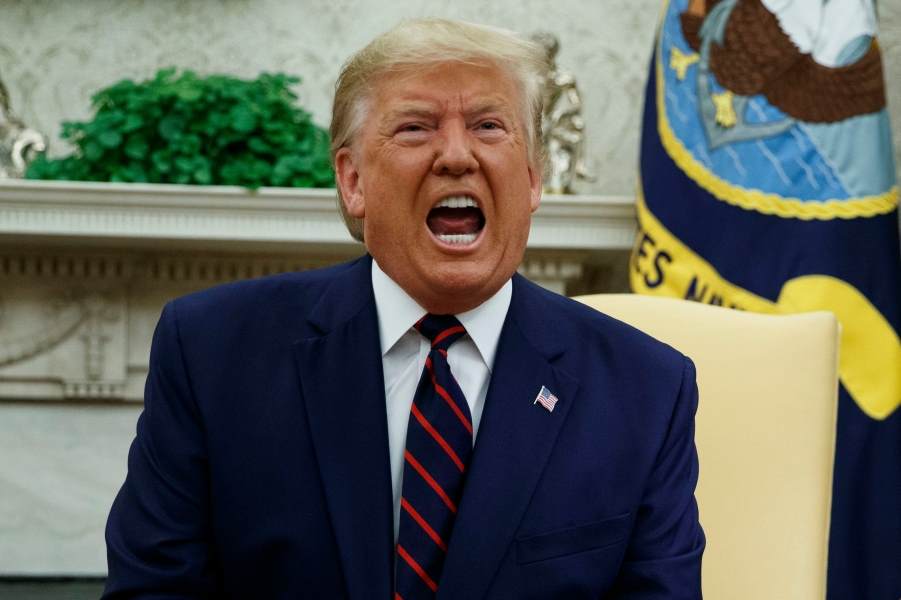 In an undemocratic move, POTUS has refused to debate his Democratic rival Joe Biden.

The debate was scheduled for October 15, and it was decided that it would be held virtually following Trump contacting Coronavirus, and his apparent lack of willingness to self-isolate.

Speaking to Fox Business Channel on Thursday, Mr Trump said: "I'm not gonna waste my time on a personal debate. Sit behind a computer, ridiculous. They cut you off... I'm not doing a virtual debate."

He added: "They're trying to protect Biden."

The first debate descended into chaos and featured personal insults and interruptions, mostly from Trump. The US media used words like "ugly" to describe it.

Mr Trump had previously said he looked forward to debating Mr Biden on stage and, on Monday, Mr Biden said he would share a stage with Mr Trump as long as medical experts gave the go-ahead.