HomeVideosMusic Videos Potter Payper releases visuals for ‘When I Was Little’

Potter Payper releases visuals for ‘When I Was Little’ 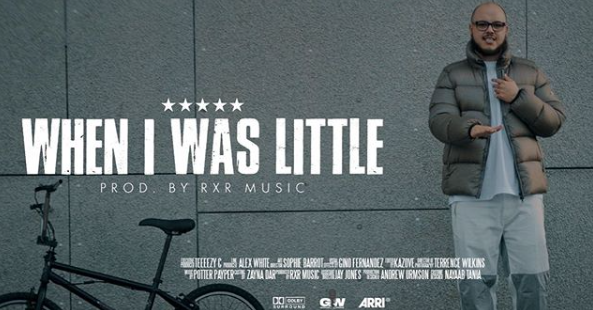 Potter Payper has released the visuals for his track titled ‘When I Was Little' from his debut album ‘Training Day 3’. The British rapper and songwriter’s authentic lyricism expresses his childhood struggles of poverty, violence and time in incarceration.

The Barking-born artist is recognised for painting a vivid picture of his life through heart-felt words and turning his deep pain into beats that touch the soul of many.

Produced by RXR music, the video showcases police officers present in areas with blocks of flats and young children hanging around, depicting his childhood vision from committing crimes to the shame he feels from the violence his mother faced from her boyfriend at the time. The latest track is about Potter’s life journey and how he overcame naivety, turning his mistakes into the current success.

Potter Payper first demanded the attention of the UK rap scene with his 2013 Blackbox freestyle; displaying his versatility and outstanding lyrical ability.

Potter Payper’s debut album ‘Training Day 3’ has reached number 3 on the Official UK Album’s Chart and is in loving memory of his nanny Lucy. The recent album is part of a sequel with ‘Training Day 1’ and ‘Training Day 2’ released beforehand. Potter’s previous record labels include Grimey Limey, Defenders Entertainment, and Independent Records.

Potter Payper’s music represents what the UK rap scene is about and he is definitely worth keeping an eye on.

Check out ‘When I Was Little’ here: