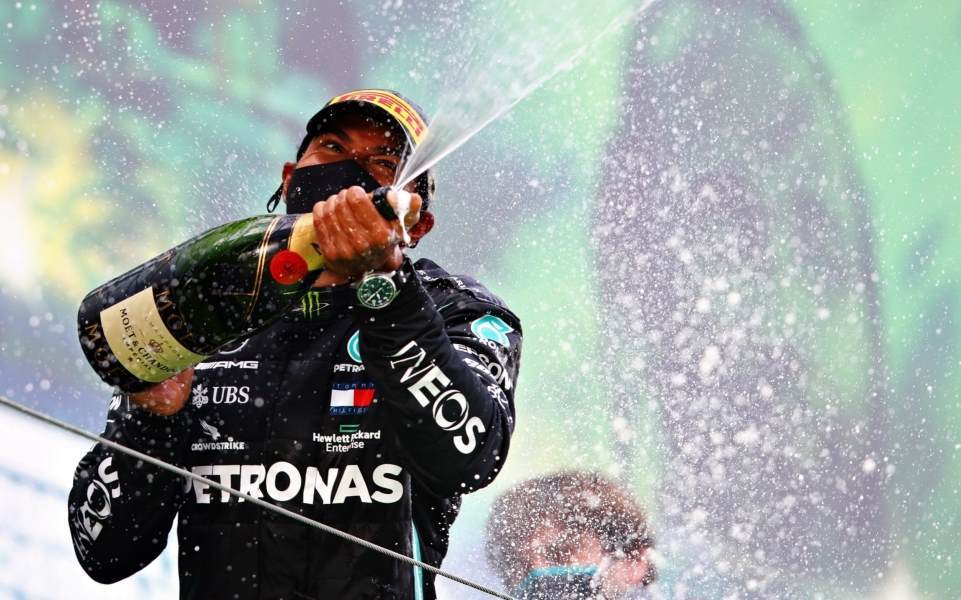 Bottas started on pole but was overtaken by Hamilton on Lap 13, and shortly after stopped with an engine issue.

Hamilton, now 70 points clear in the title standings, then dominated what was a two-horse race between himself and the ever-competitive Verstappen in the Red Bull, despite a late Safety Car which reignited the Nurburgring's chilly F1 return.