HomeNewsTyson Fury says the third fight with Deontay Wilder is off

Tyson Fury says the third fight with Deontay Wilder is off 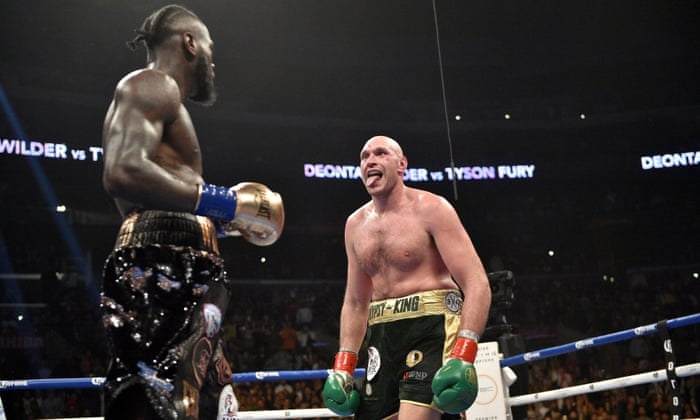 Frank Warren, Tyson Fury’s promoter has suggested that he will return to the ring in December after being fed-up on working on the trilogy fight with Deontay Wilder.

Tyson Fury confirmed the December fight had been scrapped, stating that 'enough was enough' and that he was unwilling to be messed around in making it happen.

Fury's announcement has made clear intentions that the biggest showdown in heavyweight boxing history, the unification with Anthony Joshua will be in 2021. 'The Gypsy King's' promoter Warren has confirmed he will come back in the UK for a tune-up bout against an unconfirmed opponent in December.

'Maybe next year or sometime down the road we will do it, but our immediate job is to get Tyson sorted out for December.'

World champion Anthony Joshua will have to defend his WBA, IBF and WBO titles against his mandatory challenger in Kubrat Pulev on December 12 before he can officially fight Fury. The all-British fight is rumoured to be installed for the spring at Wembley Stadium if the government lifts fan restrictions by then, there is also a small possibility it may either be in the Middle East or China if Wembley falls through.

'I would love to do that fight (Fury vs AJ) in the UK. You know, maybe we have got to get some help to get it together to get it on. It would be the biggest sporting event since God knows how long, certainly I think since the World Cup.’

Fury tweeted on Monday, "The Gypsy King is coming home. See you all in December."

He previously told The Athletic, "Wilder and his team were messing around with the date.”

Frank Warren, told TalkSport, "Tyson has said enough is enough, he is not going to wait longer and he will fight in London in December."

Deontay Wilder lost his world title and undefeated record in his second fight with Fury earlier this year.

Shelly Finkel, Deontay Wilders co-manager told Sky Sports on Saturday: "They are wrong, we will fight in December."

Fury's US promoter Bob Arum stated to ESPN that the third fight is likely to be pushed into the following year (2021).

Sugarhill Steward, Fury's trainer, told Sky Sports that they are ready and waiting to return to the ring before the end of 2020.

Steward said: "I would like Tyson to fight, PERIOD! If a fight can be made for Tyson this year then let's have it."