HomeNewsBin Laden's former spokesman could be back to UK 'within weeks'

Bin Laden's former spokesman could be back to UK 'within weeks' 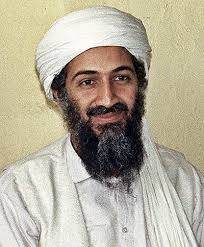 Adel Abdel Bary, 60, was given 25 years in the slammer for his part in the al-Qaeda bombings of US embassies in Kenya and Tanzania in 1998 that killed 224 people.

Osama bin Laden’s former spokesman in the UK is set to make his return after being freed from a US prison. It’s all slightly uncomfortable, as his London premises were Bin Laden’s “media information office”.

Bary was arrested in 1999 in the UK, jailed and extradited to America in 2012. With his time now served, American authorities no longer want him in the US, and would rather he was elsewhere. Funny that.

They say destructive behaviour runs in families, which is evident as his son, Abdel Majed Abdel Bary, 29, was nabbed this year in Spain and awaits trial on terror charges.

To top it all off it turns out he was freed early on compassionate grounds as he’s a Covid risk.