HomeVideosHeadie One responds to YouTube comments with Noisey in comical 'The People Vs.'

Headie One responds to YouTube comments with Noisey in comical 'The People Vs.' 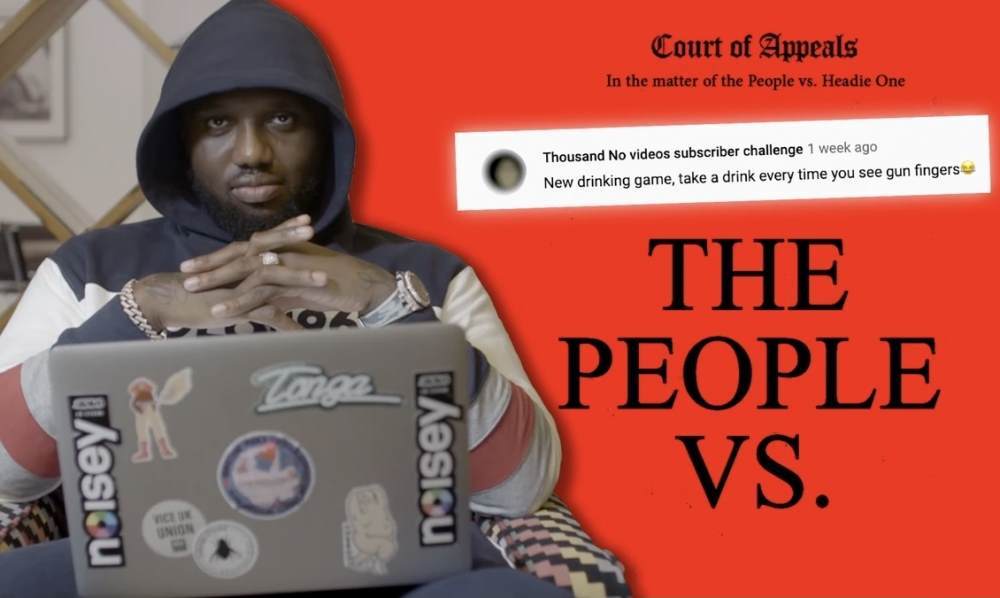 Headie One responds to some of the YouTube comments on his track 'Ain't It Different' in funny episode of Noisey's 'The People Vs.'

Headie One is the man of the moment, with his brand new album 'Edna' looking like it is going to reach number one in the charts this week, so it was only right that Noisey got him on for a hilarious episode of their series 'The People Vs.'

Make sure you watch the video to see some of Headie's laughable responses.

Morrisson brings in Loski for ‘Bad...

Marcus Rashford in “despair” as ...

Aystar Calls In Giggs For Cold New Track 'Stepped In'