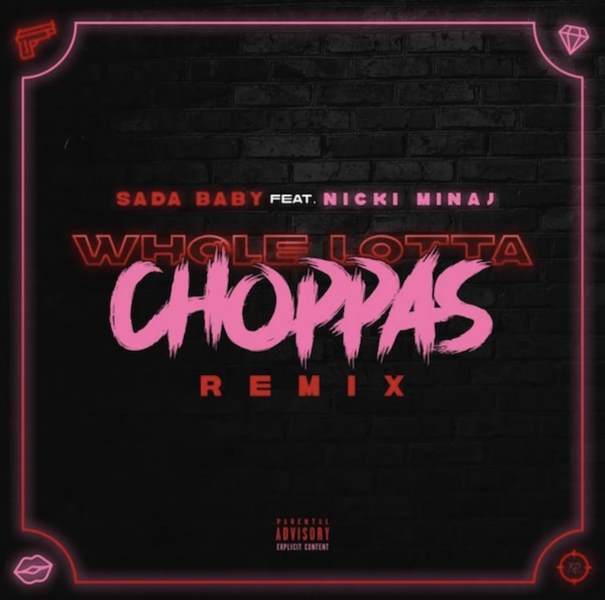 Following its viral traction, Sada Baby’s ‘Whole Lotta Choppas’ has been given a new lease of life courtesy of the Queen Barb, Nicki Minaj.

Detroit rapper Sada Baby has been on a steady musical run this year which has seen him deliver three projects: ‘Brolik’, ‘Skuba Sada 2’ and ‘Bartier Bounty 2’, enlisting the likes of G Herbo, Lil Yatchy, DeJ Loaf and King Von for notable features. As well as his projects, the rising star also released his CoalCash Blac produced single ‘Whole Lotta Choppas’ — which started a dance challenge on TikTok, aiding its success.

Adding to its popularity, Nicki Minaj has jumped on the ‘Whole Lotta Choppas (Remix)’ with a solid verse that she states was laid down whilst she was 9 months pregnant with her newborn son. And with the remix rising to #1 on US iTunes in less than a day, expect to see the single climb the Official Music charts.