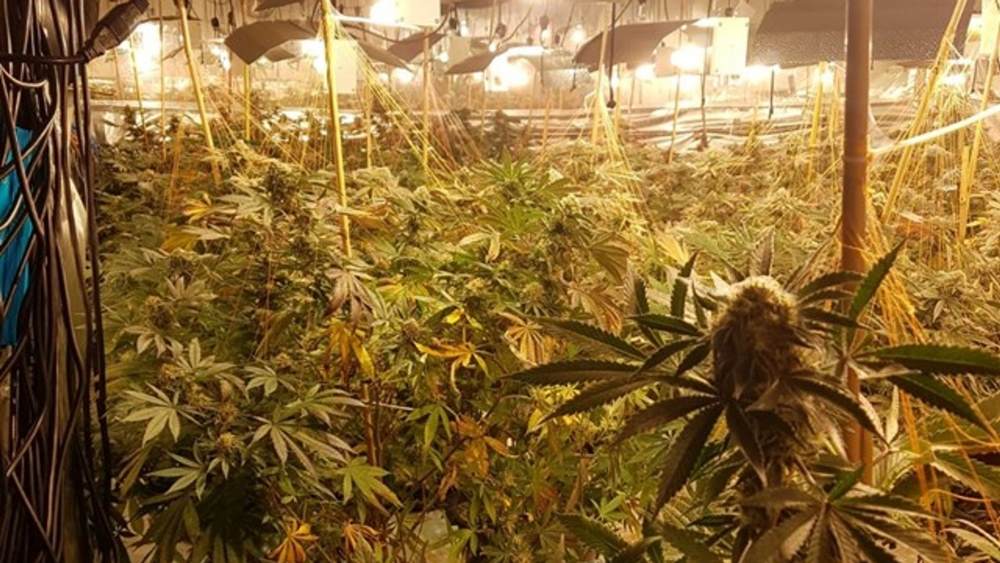 Around 1,000 punk plants have been uprooted following a police raid in Coventry.

The funky jungle was well-guarded, said the National Crime Agency, with officers having to force their way through multiple reinforced doors.

Three men - one of whom is the subject of a European arrest warrant - inevitably tried to flee the scene. But they were no match for the NCA’s drone and were triumphantly apprehended.

Officers also seized around £150,000-worth of 'growing' equipment.

The agency’s branch commander Adam Warnock said: “This is a significant drug seizure which will have a huge impact on the organised crime groups involved, depriving them of commodity and profit.

“The size of the cannabis factory was significant and sophisticated, spread across three floors of a large building. It is certainly one of the largest grows ever uncovered by the NCA.

“Our investigation into this seizure continues.”