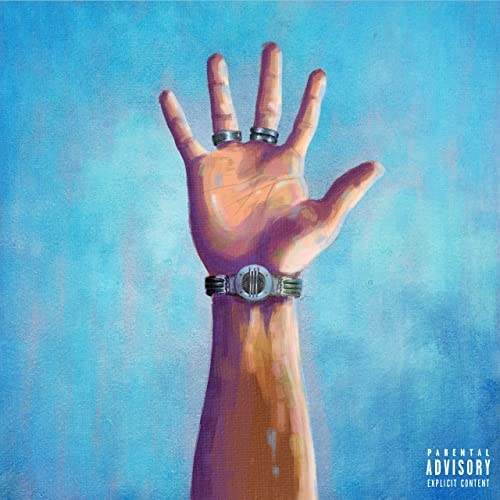 Sometimes you get put on to a new artist, and it takes a few songs to get on board. But there are other times where as soon as you hear their music, you are fully in. That’s how I felt last week when I heard Jim Legxacy’s BTO! EP. I can't even remember where I saw his music mentioned, but for some reason, I decided to take a look. As I stood outside for an hour waiting for my wife to finish up a meeting, I had the last track on the EP, ‘Despite Pain’ on loop most of the time, and that song that has stuck with me. A lot of albums came out last week that I was listening to Benny the Butcher, Blach Thought, Open Mike Eagle, Homeboy Sandman, Frisco, but something about ‘Despite Pain’ stuck with me that I kept going back to it.

As this is the first time Jim Legxacy has been featured on Link Up, here is a quick introduction. Jim is a 21-year-old rapper/producer/singer/songwriter hailing from South East London and he has been making music for about 3 years. This is his second release, following his debut EP ‘Dynasty Program: A Metrical Composition Inspired by the Nights Spent As the Raiider.” Jim has said that his music is inspired by not just rap but also punk, rock and Indie, citing Bon Iver and Paramore. He also takes influence from visual forms as well as music. He went to university to study art direction, choosing it as the best course for critical thinking, allowing him to approach his music differently. So it’s not just music influencing him, but also video games, movies and comic books.

BTO! Is a short project, 3 tracks long with each track under 3 minutes long. But the songs take you on such a journey, both lyrically and production-wise, that it envelops you and you forget the length. Plus you’re going to have this one repeat.

The first track ‘Powertrip!’ kicks thing off with a bassy trap beat but about 24 seconds in, there’s a guitar section that like something from a 90s grunge song then at about 1:42, the beat switches, getting darker, more brooding. With this song Jim said:

“I realised pretty quickly that people are always going to critique what you do… So at some point, you just need to embrace that. Making PowerTrip felt like revenge on all the people that deprived me of opportunities.”

And the lyrics reflect that with bars like “I was airing all my teachers, still, a ***** got a first” this track is stunting in only a way Jim Legxacy can do.

4LeafClover was the first release from Jim following the success of his debut EP. The production on this one is crazy starting off trappy but following the opening chorus, it becomes something completely different, distorting these ethereal vocal samples and crafting them around the beat, giving the song a more effective feel. I’d liken to a ghost trapped within the beat, floating around providing a perfect backdrop. Jim provides a chorus that is going to be perfect to sing along to once we can all go to live shows again, and I can imagine the reaction when the bass drops live on the first verse, the crowd are going to go nuts. Jim flows really well over this one and paints a picture lyrically:

I was 18 and a half when my Brodie had 9, now he’s doing 9 for the crime, another untold story of the ends how it ended was a mess, the situation it was tense

The final track, ‘Despite Pain’ is for me the highlight of the EP. Rapping over a stirring beat, with a haunting vocal sample weaving in and out throughout the song along with an indie drum loop that Jim says one of his friends put together for him, this song is going to burrow itself into your brain and pop up throughout the day, calling you back to listen to it. This song deals with pain, and pain in relation to racism and politics. Lines like “young ***** from the blue borough where the shoot, if they shoot you should move cover, otherwise you get let inside and another but we get the news coverage.” As I mentioned in my opening, this is one I had on repeat sitting outside on Saturday, it is hauntingly beautiful.

I am super excited to have written about this EP as I believe it deserves all the coverage it can get. Jim has crafted an EP that will resonate with you for a long time. The production and musicality on display here are insane, Jim has managed to create backdrops which stand at the forefront melding together his influences to present his view of the world. Lyrically Jim plays with language and structure in a way don’t see a lot, the way he runs on words on to the next bar then continues the rhyme scheme on that same line is really clever. But Jim excels not just in what he says, but also in the way he uses his voice. Jim's voice, both rapping and singing, feels as much part of the instrumentation as the beat does, meaning he doesn't need to stick the conventional forms of song-making.

Overall this EP really impressed me and I look forward to hearing what comes next from Jim Legxacy. Check the EP out here