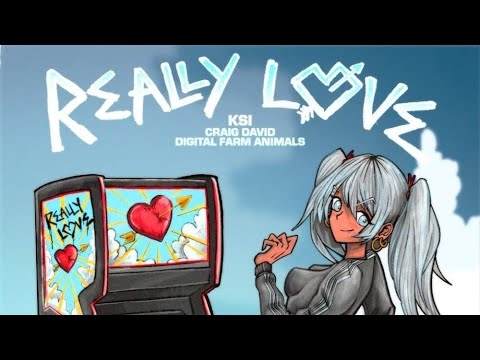 KSI has had a busy year this year, with the release of his debut album 'Dissimulation earlier in the year, along with dropping singles featuring the likes of S1mba and featuring on Nathan Dawe's track 'Lighter' all whilst regularly uploading to his YouTube channels.

KSI has shown his versatility when it comes to rapping as he has released tracks with the likes of Offset, Lil Pump, Swarmz and Tion Wayne and so many more. He manages to adapt his rapping style to fit onto all sorts of different beats as he can make club bangers like this which many would argue is one of his best styles.

Craig David is a long-standing legend in the UK scene and we all know what he brings to the table musically, as he has incredible vocals which he can match to any type of beat and on this track, he gives us nothing less than we expect from him and along with KSI's verse it fits so well.

The track was produced by Digital Farm Animals and currently, there is no official music video however I think we all know KSI has a pretty wild budget so expect something big very soon.

For now, however there is an official lyric video so make sure you go check the track out and watch that in the meantime