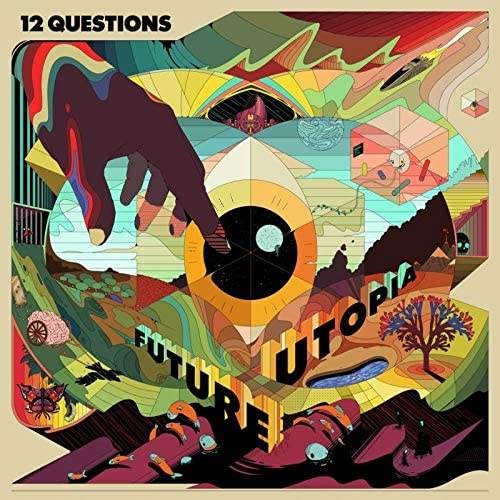 Fraser T Smith has been instrumental in some of the most important music to come out of the UK in the past 20 years. From Craig David's Born To Do It album, producing for Kano, Adele executive producing Stormzy's Gang Signs and Prayer and Dave's Psychodrama, Smith's impact on UK music has been huge. And now he has released his own album '12 Questions.'

Released under the guise of Future Utopia, the album sees Smith pose 12 questions to artists and activists. Questions such as 'Fear or Faith?' and 'How do we find our truth?' And with Smith haivng worked with such a huge array of artists, it's only right he calls on them for his album.

Kojey Radical talks about money on 2 tracks 'How Much is Enough? and 'Million$Bill,' Tia Carys spits about morals on 'Do We Really Care Pt.1, Dave talks about how social media and the internet are making people disconnected on 'Children of the Internet,' Stormzy makes a brief appearance on 'How Do We Find Our Truth?' Kano asks what does it mean to be free on 'Freedom' and Jelani Blackman and Ghetts do a madness on 'Nature or Nurture/Am I Built Like This.'

Of course with Fraser T Smith at the helm, you know the music is going to be special. Check out the album below.