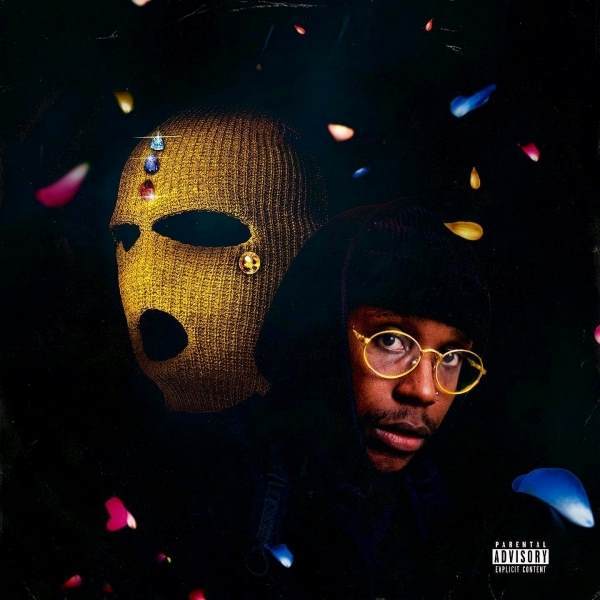 Much has been made about Che Lingo’s versatility and how he presents it on this album. And this is true, Che's beat selection shows off a range of different choices, sounding comfortable on any beat given to him. From grimy sounding songs like 'Hunch' and 'Screw Face' to more jazzy production on tracks like 'Bobbing for Apples' and 'Love Wounds.' But for me, where Che excels is how he melds his musicality and his message. Not content in sticking to one flow or sound per track, instead Che weaves around tracks, providing different flows and distorting his voice, all to add to the message of the track.

One of the highlights of the album 'My Block' One of the highlights of the album, ‘My Block’ was inspired by the case of Che’s friend, Julian Cole, who had his neck broken and was left brain-damaged by police after an incident at a Bedfordshire nightclub in 2013. The song is full of anger and vigour, calling out police violence, the media’s portrayal of black males and prejudice. The beat provided by Tony Bones is pounding, unflinching which provides the perfect backdrop for Che’s in your face lyricism, he isn’t mincing his words, the vocal effects added to the second half of both verses and chorus providing a feeling of protest.

Similarly, on ‘Black Ones’ featuring Ghetts, Che showcases so many flows, twisting around the instrumental, painting a picture of how claustrophobic the ends can feel. And Ghetts of course continues his run of impeccable verses over the past few years, also highlighting how tempting it can be to take the wrong path even with the risks involved.

On the closer and title track ‘The Worst Generation,’ Che only has one verse, instead of letting Samm Henshaw vocalise the truth of what it’s like growing up in London. The vocals from Samm are about how the media and politicians can demonise parts of society without taking into account their own responsibility, and how it can affect people growing up in those environments. Che’s one verse sees him more sombre than on other parts of the album, seemingly exhausted by it all

Thinking we can only make money off rap or dunking hoops, broken like a record, we’re tired because we’ve been stuck in a loop

Similarly, Che’s choice to sing the smooth chorus on ‘Dark Days’ with Kojey Radical again highlights the idea of feeling tired and broken. One of the highlights of the album and a tribute to black love, Che pleads for someone to heal him. The hook sounds raw and unflinching, really solidifying this call out for help. The song as a whole is beautiful, breezy production allowing Kojey and Che a chance to shine.

For me, this album is about vulnerability and resilience. Che is opening up about himself and his own flaws and how that has affected not just him but those around him. On ‘Bobbing for Apples’ he talks about his own status as a rapper, the labels that affect him, and the entitlement that it leads people to have. This leads into ‘Hunch’ a song about having distrust for those around him. Again his musicality shines on this track, skipping all over the beat, switching flows and distorting his voice, adding layers to the paranoia that he feels. The next track ‘Screw Face’ continues this streak of vulnerability, breaking down the dynamics and realities of a screwface. The production on this one is crazy, really highlighting the frustration that Che goes through on a day to day basis.

And the resilience is highlighted on tracks like album opener ‘South.’ 'South' is anthemic, the chorus of “I grew up in South, South, South, South, South” is one that is sure to get a crazy reaction once he is able to perform it somewhere in South London. This feeling of pride highlights the theme of making regardless of circumstances and having pride in where and what you have come from.

This album shows why Che Lingo is such a special artist. The message behind the song and the album is a whole is what informs his choices musically. Every production choice and every word feels deliberate, there to portray the message in the best way possible. This is a really strong debut album, showcasing Che Lingo’s strength as both a wordsmith and a musician. I compare this album to something like Good Kid, M.A.A.D City by Kendrick Lamar. Che Lingo has produced an album which is both personal but also speaks on wider issues affecting his community, it isn’t a purely political or conscious album, but it is one where that message is underlying everything. And that is why Che Lingo will become a powerful voice both with this album and in the years to come.