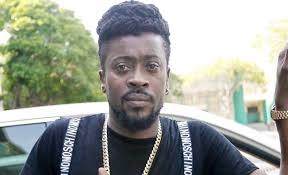 The all-white funeral was held in St Elizabeth, Jamaica, on Sunday, October 25.

Burying his mum seemed too much for the old-school dancehall artist, and it was reported he was so distraught he was unable to stand on his own.

He then collapsed and was ushered away by four men. Prior to his mum’s death, Beenie Man visited her at the University of the West Indies Hospital in July 2020, revealing that she had suffered a stroke and had been in poor health for a while.

Despite having been discharged from the medical facility, with the entertainer telling fans that she was on the mend, Beenie Man’s mum passed away just over a month later.