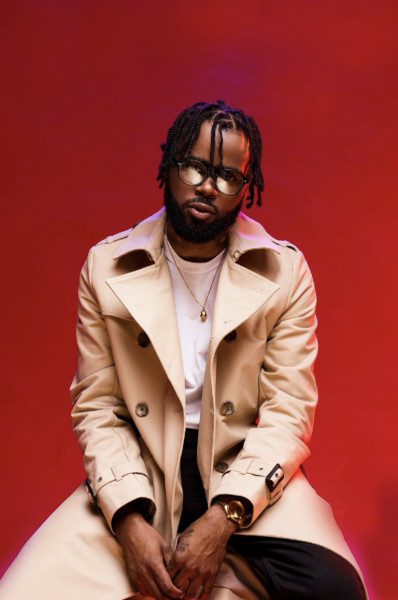 Following the release of his soulful single “Shine”, Los Angeles-based artist R.O.E. (Rising Over Envy) is
back with his spiritual new offering “Higher”. Produced by J. Slikk, “Higher” is another slice of expressive, jazz-influenced hip-hop from the Chicago native.
R.O.E’s art is self-assured and expressive, his pointed lyricism and silky smooth vocals the focal point of every
release.

“Although ‘Higher’ maybe about my love for cannabis, it also represents going higher in mind, body, and
spirit”, R.O.E explains. “The hook is an affirmation of wanting to raise your frequency and to connect with your
higher self.”

Following the success of his tracks “Can’t Stop” and “Maybe Love” earlier this year, R.O.E. has made a name
for himself in the alternative hip-hop world. Blending his rich soundscapes with self-aware songwriting,
R.O.E.’s music tackles the everyday eventualities that he faces, offering a stirring perspective on the world
around him. Generating support from Notion and Acid Stag for his shimmering soundscapes, R.O.E. creates a stirring and meaningful portrayal of life while pushing naysayers aside, and Rising Over Envy.