Fizzler unleashes his plugged In Freestyle with Fumez The Engineer 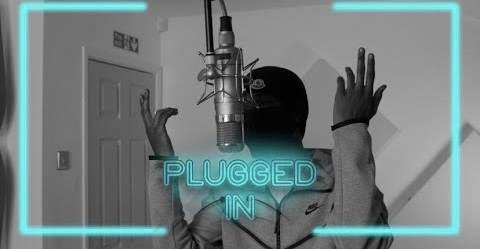 South East London based drill rapper, Fizzler has returned to the scene with a brand new 'Plugged In' freestyle with Fumez The Engineer. Over the past year, he has showcased his incredible lyrical ability through his wordplay, being able to flow effortlessly on a range of drill beats.

His persecution on tracks is handled correctly each and every time and his capabilities as an artist are beginning to present themselves now more than ever. As he reaches wider audiences, many more people are starting to take in Fizzler and he is getting the respect he deserves. With prod by Fumez, this freestyle has shown what he can and will continue to deliver.

Having featured on Kenny Allstar's 'Voice Of The Streets' series and collaborated with other highly approved artists such as Teezandos, he has already established a respectable rep. Furthermore, as an upcoming artist, Fizzler is already on a strong path as a UK drill artist. He evidently has the talent and his success will soon become clear.

LISTEN TO HIS 'PLUGGED IN' FREESTYLE BELOW!