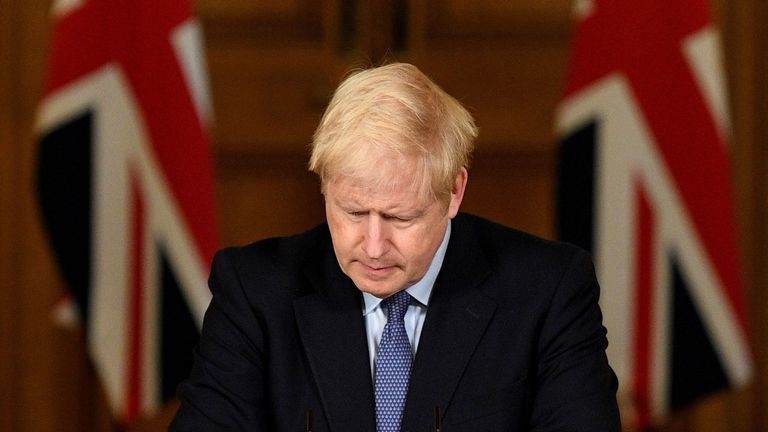 Boris Johnson has announced a new four week nationwide lockdown at a press conference from Downing Street with businesses set to be shuttered and household mixing banned from Thursday.

The rules come after ministers were shown modelling forecasting some 4,000 daily deaths per day, with chilling documents from the Scientific Advisory Group for Emergencies also warning the UK death toll could surpass the government’s previous “reasonable worst-case scenario” of 85,000

A separate paper circulating in government says the NHS would be unable to accept any more patients by Christmas – even if the Nightingale hospitals are used and non-urgent procedures cancelled – warning that “the window to act is now for the majority of the country”.

The measures include the shuttering of non-essential businesses, a call to avoid non-essential travel and an end to household mixing in all settings. If we do not act 'doctors and nurses will be forced to choose which patients to treat, who would get oxygen and who wouldn’t, who would live and who would die’, Mr Johnson said.

He added “Christmas is going to be different this year, perhaps very different”, adding that maintaining access to education for pupils and university students is his priority.

Meanwhile, The government is to restore furlough payments worth 80 per cent of wages for people unable to work during the new England-wide coronavirus restrictions, Boris Johnson has announced.