HomeNewsJoivan Wade and David Bianchi collaborate for their second spoken word film of the year 'Wade in The Water'!

Joivan Wade and David Bianchi collaborate for their second spoken word film of the year 'Wade in The Water'! 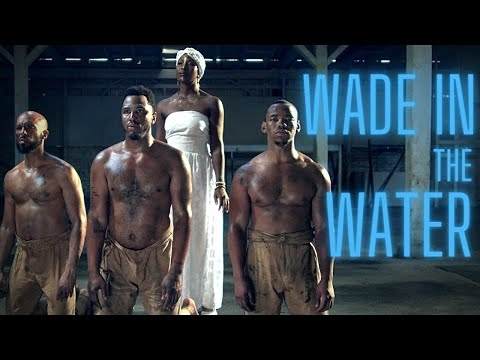 UK and US actor Joivan Wade (Doom Patrol, The First Purge) and US actor David Bianchi (Queen of The South), once again collaborate for their second spoken word film of the year with Wade in The Water.

Teaming up earlier this year on Hear Me, they’re joined this time by emerging actor Llewelyn C.Radford II to deliver this powerful and timely feature that tells of the plight and oppression of the black male in America.

"As a Brit living in the US, it’s been eye-opening to not only see but feel the weight of the racial unrest here. Accompanying my American counterparts on the front line of protests in support of justice for George Floyd and Black Lives Matter, took me back to the London Riots of 2011 which were sparked by Mark Duggan and fuelled by racial tension. It’s devastating that black people still experience these same issues and injustices to this day. Wade in the Water provided an opportunity to collaborate with my brothers who are continually fighting this struggle, but none of us are alone in this. I pray this film sheds more light on these lived experiences and opens eyes in the hope of evoking change and action.” says Joivan Wade, actor, writer and producer.

Watch the trailer below: