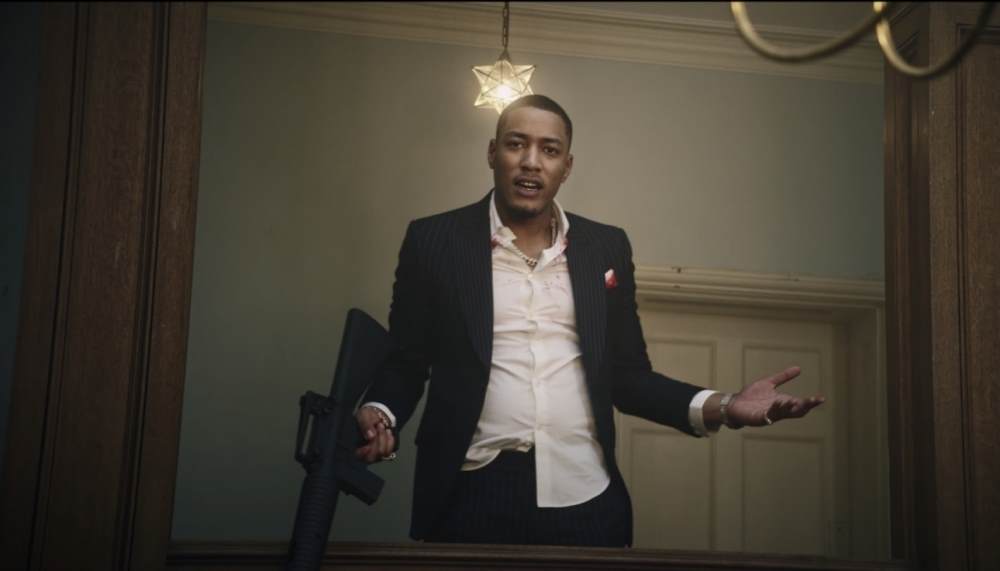 Rising rapper Dutchavelli has released clean visuals to his latest single titled ‘Zero Zero’. Taken from his much anticipated debut mixtape; Dutch From The 5th.

Directed by Snatchy; the music video features the East-London rapper in a traditional wealthy-looking mansion. He dons his bougie-boss charisma by sitting as the head of a board meeting. Dutchavelli has blown in his music career throughout the pandemic and the crisp shots of money, alcohol, and weapons add to the rapper’s power status. Matching his invincible vibe whilst he expresses getting pounds, dollars and euros.

The hard-hitting single from his debut mixtape consists of soft instrument sounds that Dutchavelli confidently raps over. 'Zero Zero' shows his effortless talent with a charismatic flow throughout.

Dutchavelli has gained millions of views on YouTube and was awarded the ‘Track of the Year’ alongside Tion Wayne and Stormzy for the hit collaboration ‘I Dunno’, at the Rated Awards. His first mixtape ‘Dutch From the 5th’ is available to stream now.

Check out ‘Zero Zero’ below.