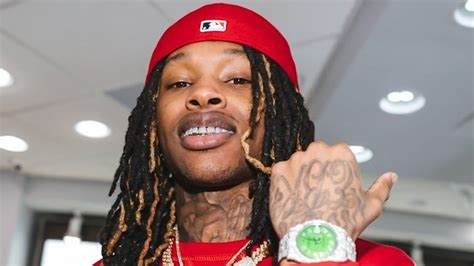 At approximately 3am on Friday morning, shots rang off in the car park outside of Monaco Hookah Lounge in Atlanta, Georgia.

According to DJ Akademics, King Von’s manager was also shot, but survived and is recovering in hospital.

He tweeted: "It’s with great sadness that I have to confirm that King Von has passed away.

"I spoke with his manager who luckily has survived being shot and is currently recovering in the hospital.

"However, Von manager did confirm that Von was shot and did not make it. RIP King Von."

Police confirmed the gunfire broke out in the car park following a commotion between two different groups. Nearby off-duty police quickly attended the scene to help out where an exchange of shooting involving the police took place. However, Akademics supported the police in saying they didn’t shoot King Von.

In a statement, authorities said, “At this time, our investigators believe Mr Bennett was shot during the initial shootout between the two groups of males, prior to police responding and attempting to stop the shooting."

Hailing from Chicago, King Von released his first mixtape, Grandson, Vol 1, in September 2019. This year, March, saw the release of his sophomore mixtape, Levon James, which charted no. 81 on Rolling Stone's Top 200 Albums chart. The 26-year-old was expected to amass much more success before his life was tragically cut short.

Celebrities reacting to the news on social media include Chance The Rapper and Von's girlfriend, rapper Asian Doll. Taking to social media to share pictures of the couple, she wrote, "I would've went with you to the next life holding your hand.."

"Why you leave me Von fr what we use to always tell eachother "we'll die for each other & if we going we going together", she continued.

We send our condolences to Von's loved ones and fans.