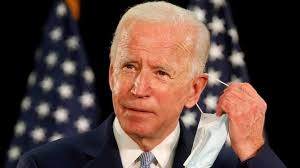 Joseph R. Biden has been elected the 46th president of the United States of America.

This means that orange, racist, nasty piece of work is now a goner!

Mr Biden has won more than 73 million votes, the most ever for a US presidential candidate. Mr Trump has won almost 70 million, the second-highest tally in history.

The election has seen the highest voter turnout since 1900.

The election was battled as coronavirus cases and deaths continued to rise across the United States, with President Trump arguing a Biden presidency would result in lockdowns and economic disparity.

Joe Biden accused the president of failing to deal with the spread of Coronavirus.

I WON THIS ELECTION, BY A LOT!

To reiterate, DONALD TRUMP WILL NO LONGER BE PRESIDENT.