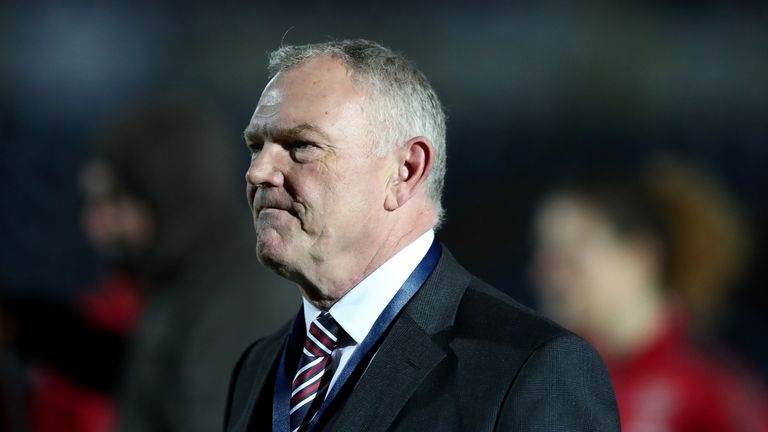 Greg Clarke, the chairman of the Football Association, has apologised for using the term 'coloured footballers' in an unfavourable appearance before MPs on the Digital, Culture, Media and Sport Committee.

The 63-year-old also made a reference to the number of Asian and Afro-Caribbean people who work in the IT department at the FA, for which any further comment has yet to be given, as well as giving careless remarks over women's football and gay footballers. Kick It Out responded with a damning statement, saying Clarke's comments were 'lazy stereotypes' and 'casual sexism' that represent 'a big step backwards' after other commendable work from The FA.

But Clarke's language on other topics in Tuesday's appearance before MPs has caused discomfort.

'If you look at top-level football, the Afro-Caribbean communities are over-represented versus the South Asian community,' Clarke said. 'If you go to the IT department at the FA, there's a lot more South Asians than there are Afro-Caribbeans. They have different career interests,' he added, while also claiming that a coach once told him that young girls 'don't like the ball kicked at them hard.'

On the topic of gay players in football, Clarke said: 'Anyone who runs out onto the pitch and on Monday says "I am gay, I am proud of it and I am happy and it's a life choice and I have made it and my life is a better place because I have disclosed it"... I do believe they would have the support of their mates in the changing room.'

It is unclear if Clarke was referring to 'a life choice' over being gay or coming out.

Greg Clarke is deeply apologetic for the language he used to reference members of the ethnic minority community during the select committee hearing today. He acknowledged that using the term ‘coloured’ is not appropriate and wholeheartedly apologised during the hearing.

Julian Knight, the chair of the DCMS Committee, said in response on Twitter: 'It’s right that Greg Clarke apologised before the Committee, however, this isn’t the first time that the FA has come to grief over these issues. It makes us question their commitment to diversity.'