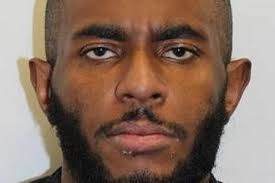 They say animal cruelty is the mark of a truly sadistic person, and this case is no exception.

Stefan Wallace, 25, from Dagenham, East London, has been sentenced to six months in the clink for killing a cat.

He appeared at Barkingside Magistrates' Court on Wednesday, 11 November where he was sentenced to sent down for animal cruelty.

An order was also made under Section 34 Animal Welfare Act 2006 disqualifying Wallace, from dealing in, owning, keeping, participating in keeping, transporting, and arranging for the transport of all animals for 10 years.

He was originally arrested on Thursday, 1 October for possessing a machete in a public place. During the arrest he made comments about “butchering” a cat.

Footage found on a USB and seen by police and mental health professionals showed Wallace torturing a cat with spray paint before finally killing it.

He said: “The footage found at Wallace’s address was disturbing in the extreme. During the filming, he removes his mask to adjust the camera, clearly confirming his identity.

“Given the vast number of ways that domestic pets, roaming freely, can come to harm, it would be difficult to put a number of the level of his offending. But, given the content of his home footage, I believe that it is likely that he has played a sinister part in the deaths of a number of animals as in recent years.

“Wallace has exhibited horrifyingly cruel behaviour and it is reassuring to know that he has been removed to a place where he can cause no further harm to beloved pets.”