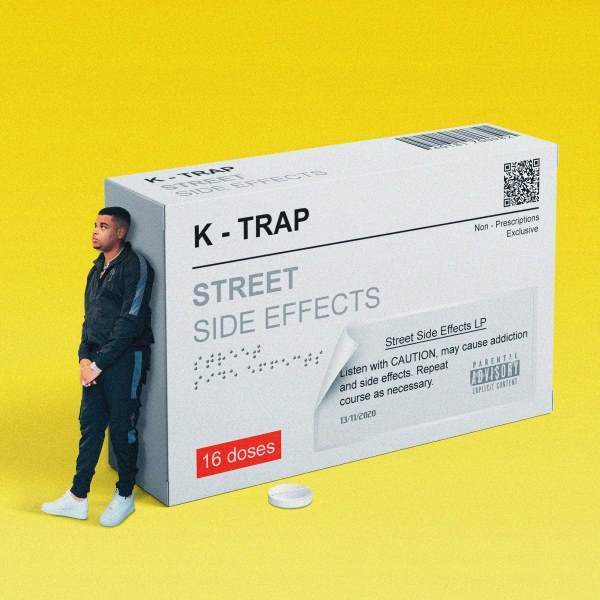 From collaborations with Headie One, Krept & Konan and DigDat, alongside more than 80 million streams across his catalogue, K-Trap is one of the most notable artists in the current UK scene. After much success, the South London rapper unveils his much-anticipated debut album, Street Side Effects.

Touching on an array of topics, such as self-actualisation and the affects of the community and criminality of the streets, the 16-track LP is an in-depth look into K-Trap’s life. The album also features a star-studded list of collaborators including Giggs, M1llionz, Fredo, D-Block Europe, Wretch 32, Abra Cadabra and Blade Brown.

Speaking on the Streets Side Effects album, K-Trap says, “A lot’s gone into it. I feel like this is the first time I’ve opened up to all my supporters and my fans. I feel like they only saw a quarter of me, and I’ve given them way more with this album. I hope people can learn from it - learn from my mistakes. I hope everyone leaves with some sort of message, and enjoys it.”

Street Side Effects is a well-rounded offering that encapsulates the best of K-Trap — and marks the road to more success.