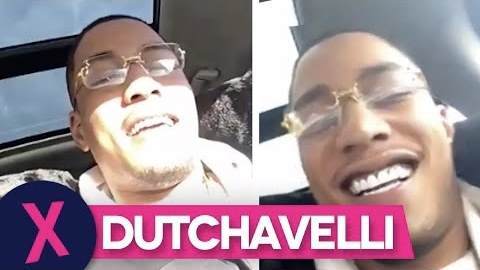 Capital Xtra's Manny Norte caught up with Dutchavelli to focus his new project 'Dutch From The 5th', and the successful year he's had so far.

Dutchavelli has blown up this year. He's released consistent bangers and collaborated with some of the scenes biggest names, such as Stormzy, M Huncho, M1llionz and Ray BLK. The rapper also bagged himself two awards at GRM's Rated Awards. It appears that in 2020 Dutchavelli simply cannot miss.

Manny Norte asks Dutchavelli about how some of the tracks on the project came together, what it was like working with some of the artists he's collaborated with, and how it feels to be receiving so much love. Dutchavelli speaks on the journey, also revealing that he's recorded two tracks with Abra Cadabra, that are awaiting release, which a lot of fans have been waiting to hear.

It is clear to see that Dutchavelli is here to stay. He's arguably one of the most consistent artists this year and he is only just getting started. 2020 has seen him become a huge fan favourite for many. Although he couldn't top it off this year, due to COVID-19, he's set to tour in 2021; and there's no doubt that a Dutchavelli live show will be crazy!

Check out the interview below to hear exactly what was said.

Ambush and Giggs takes us to 'Mass O...

Boris Johnson to announce return of ...

Ambush and Giggs takes us to 'Mass On Sunday'

Frosty unleashes his 'Mad About Bars' with Kenny Allstar