The Streets Will Always Remember... The Simpsons: Hit & Run 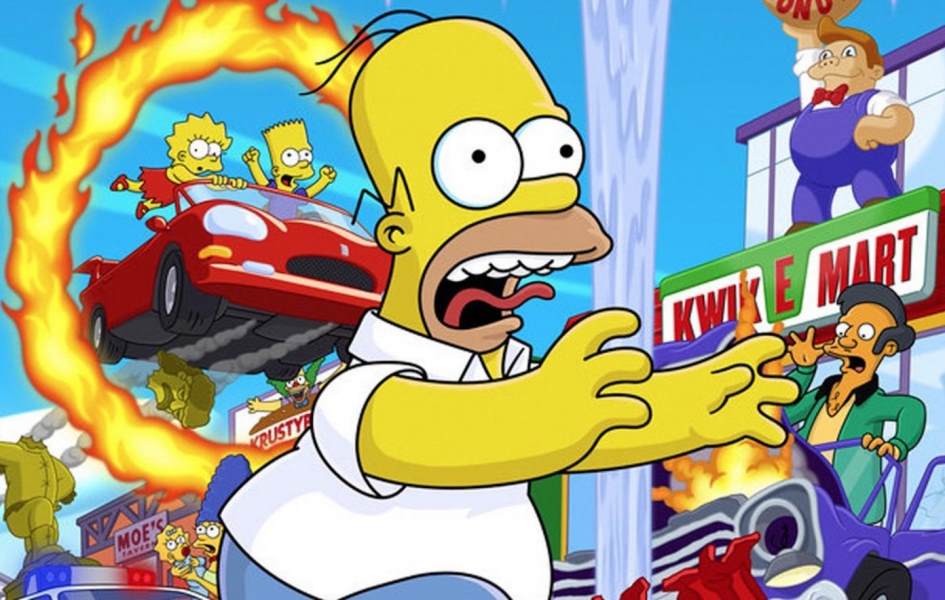 Oh boy, can you feel that? That’s a wave of nostalgia coming over you as you take a glance at the title and are almost instantaneously brought back to your childhood. Hours, days, and weeks of playing the epic video game that was The Simpsons: Hit & Run.

I don’t think the streets could forget this one if they tried - ask any roadman and they will tell you this is what taught them how to drive. The Simpsons: Hit & Run is a classic that lets you play as several characters from across Springfield, including Homer, Bart, Lisa, and everybody’s favourite bossman - Apu.

The cultural impact this 2003 action-adventure game had was simply the stuff of legend. For many kids, the game acted as a compromise between strict parents who allowed their children to get a watered-down version of Grand Theft Auto. Although the storyline or gameplay will never compare to CJ and Grove Street, it contributed the same amount of entertainment and if you were smart about it, an equal amount of violence.

The plot for the game was just as wacky and zany as a Simpsons episode. At the forefront of it were everybody’s favourite aliens, Kang and Kodos, as they tried their best to enslave Springfield. They attempted to wreak havoc with robot wasps and their mind-control beverage Buzz Cola.

The streets will always remember The Simpsons: Hit & Run for the sheer cartoon violence it portrayed and the bundles of fun to be had in a sandbox-style Springfield.

Honestly, you could do so much in this game, it was dumb, from exploring seven different levels, subplots, races and collectables to discover all over the map.

And guess what - The Streets Want it to be remastered.

The release of the Playstation 5 has brought with it fresh hopes that this will finally be the console where we get a remake of this true epic. Can you imagine Homer in HD or Ned Flanders moustache in crisp 8K?

Seriously, they need to get moving on this one. It seems like the perfect time to make it, and it will help give The Simpsons a brand new lease of life. After all, this is a show that is over 30 years old, and this potential remake could help keep it fresh and on our screens for even longer.

The streets will always remember The Simpsons: Hit & Run because of the number of hours spent on this game and not once sticking to the missions.

I don’t know anybody who actually completed this game from start to finish. Do you? Apparently, If you complete all the levels, the citizens turn into zombies, who knew that?

Imagine how good it would feel to drive the rocket car once again or beat up Flanders until Cheif Wiggum turns up to stop the fun. We don't want this game back - we need it back.