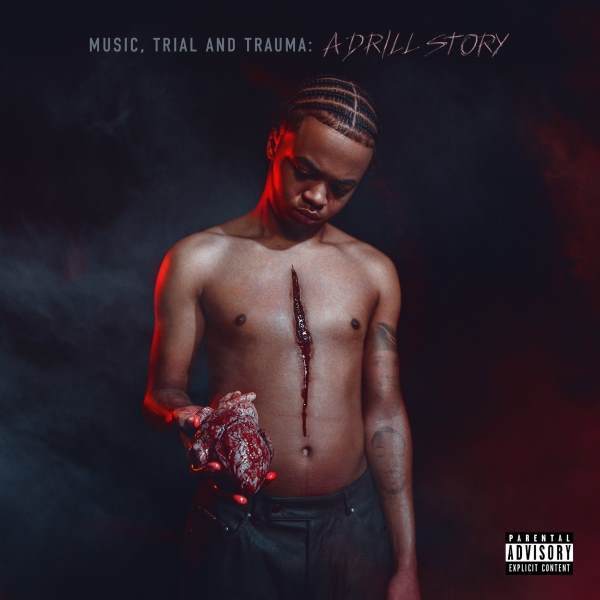 The 21-year-old rapper from Kennington has had a big year, collaborating with the likes of Mostack and Morrison, and now he tops it off with his new album. This album definitely feels like a coming of age album, as he touches on some sensitive subjects, brings in some unexpected features from the likes of Emeli Sande and Akala, and shows off his versatility as he raps on a variety of different beats.

The album feels as though it is in three parts in the sense that from the intro up to 'Interlude 1' it is predominantly drill tracks. From the following track 'Avengers' featuring Fredo & Popcaan up to 'Interlude 2' featuring Akala is more Loski having fun in the booth and showing his versatility on slightly different beats, showing off different flows and bringing in some big features from the likes of Stormzy, Aitch, Fredo, Popcaan and Davido.

For the third and final part, 'Interlude 2' featuring Akala sets the scene for the final few tracks. We all know Akala is a very intelligent guy, and by using clips of him talking on serious subjects that he is very much clued up on, Loski is set up nicely to drop a few tracks where he touches on serious subjects himself. Speaking from a place of first-hand experience, he displays not only the maturity to talk on these subjects, but also shows off his ability to tell a story in his lyrics on the final track on the project 'Life Is Deep' featuring Emeli Sande.

The album, on the whole, is very well rounded, showing Loski's versatility and ability to tap into different lanes as and when he pleases, from his drill roots on tracks like 'Basil Brush' featuring OFB's Bandokay & Double Lz, to more bouncy tracks like 'Flavour' featuring Stormzy all the way to 'Cute' Featuring Aitch where he delivers a catchy hook, a slightly different flow over a different type of beat again.

One of the standout tracks for me personally was 'Blinded' featuring Mike Skinner. The intro with Mike Skinner delivering a short spoken-word piece in his iconic fashion, along with the sample of legendary track 'Blinded By The Lights' by Mike Skinner's collective 'The Streets' is a classy touch, and the content Loski delivers on this track is a mixture of the type of content he would deliver on a drill track, but also contains more of an insight into Loski as a person and his experiences.

All in all, I believe the album displays a new level of maturity from Loski as an artist and showcases his versatility as an artist. Staking his claim as one of the most versatile drill artists around right now, boasting some big-name features, a glimpse into where he has come from up to where he is now, this album is definitely one I will be adding to my playlist, with a lot of the tracks definitely having replay value.