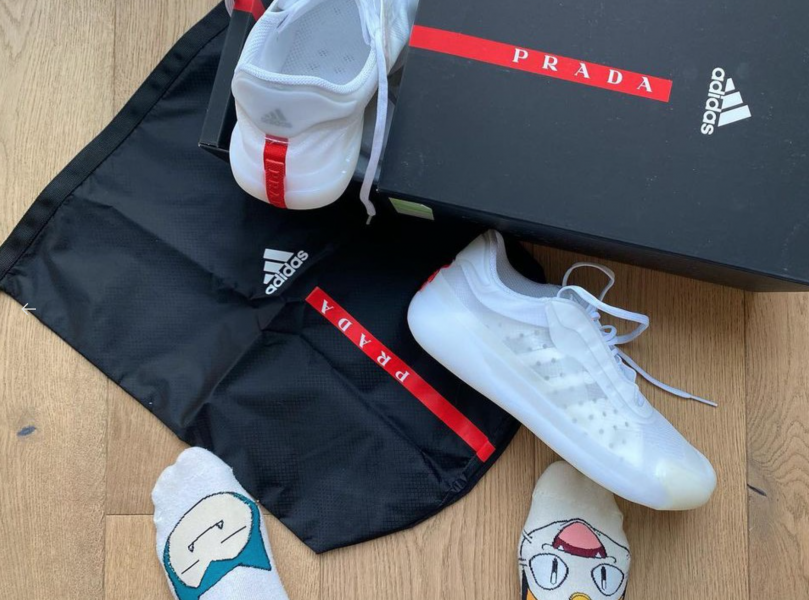 Last year, the clothing giants both announced an unexpected joining of forces featuring the Superstar and a bowling bag, with images of a potential second collaboration coming out earlier this year.

Sean Wotherspoon took to Instagram earlier this week to share a short video clip of himself skateboarding, alongside images of the upcoming trainers, which are made from recycled materials.

The design appears to be inspired by one of Prada’s archival footwear, arriving with a white upper and signature red accents throughout. Featuring co-branding on the insoles and Prada’s iconic stripe running down the rear, the light design features a rubber bumper around the toe and heel.

There’s no official release date just yet, but more information should emerge in the next few weeks.

Twitter user Mens_Digital_Platform said: "A collaboration to look out for...#seanwotherspoon gave everyone a sneak peek into the new #pradaxadidas sneakers. A sleek stylish silhouette which is made with 100 per cent recycled material. Stay tuned for more information."