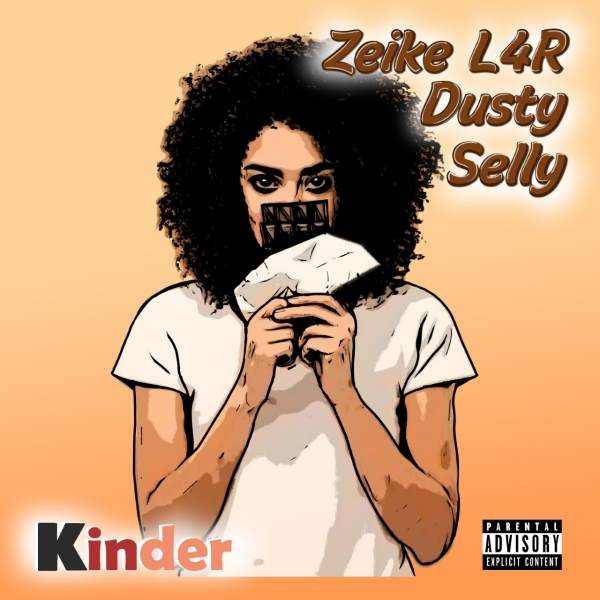 Zeike L4R, Dusty and Selly have joined forces to give us new track 'Kinder'.

With a vibrant Trap infused production the trio expertly find the balance between feel-good and witty lyrics along with a catchy chorus. The new single has also already received radio support from BBC 1xtra's Snoochie Shy.

‘Kinder’ signals the debut of ‘Selly’ whereas Zeike L4R and Dusty are not new to the game. With Zeike L4R impressing off the back of his last two releases, one of which being his “Double up 4style” (Nipsey Hussle Cover) which was championed & premiered by BBC 1xtra’s Snoochie Shy. Dusty has also had an impressive 2020, with his January release “GO” amassing 250,000+ Spotify streams & his last two releases “Cartoons” & “Answers” receiving radio support from the likes of Rude Kid, Rob Bruce, Mistajam & DJ Tiiny.

You can watch the visuals for 'Kinder' below!